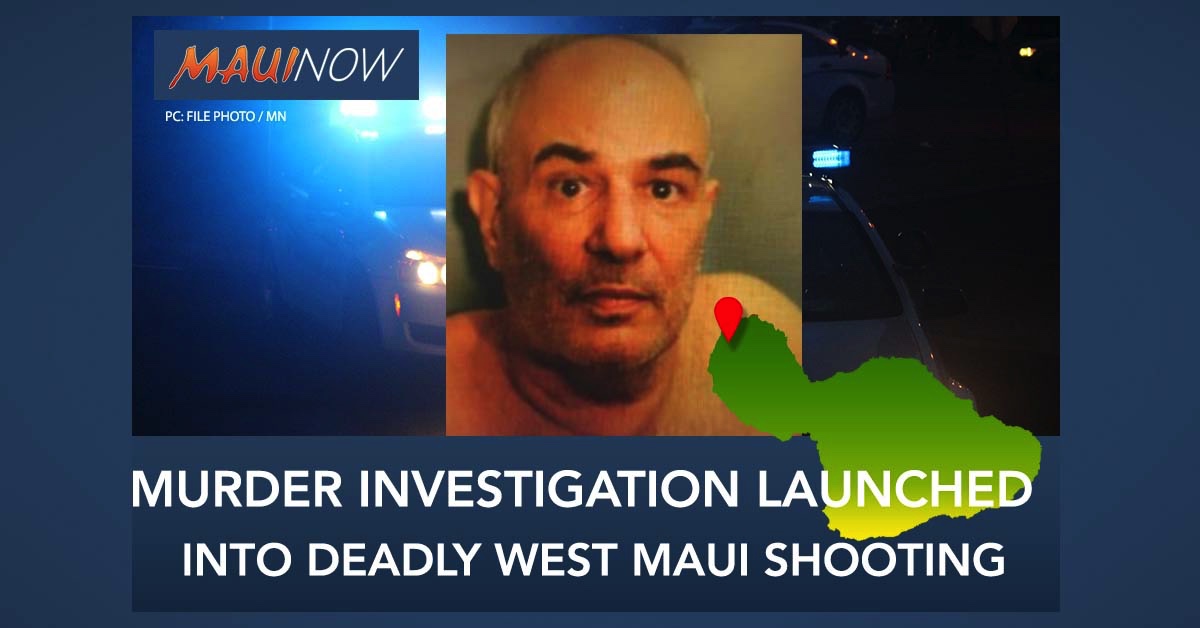 One man is dead and his roommate has been arrested for suspicion of second degree murder following a reported shooting at their shared home in West Maui last night.

Police say John Lyons, 70, of Lahaina was involved in an argument with his roommate Frederick Bacolini, 77, also of Lahaina, within their home.

Police say Bacolini was treated on scene and was later transported to the Maui Memorial Medical Center for further treatment, but died a short time later as a result of the injury he sustained in this incident.

Early this morning at 12:10 a.m. on April 15, 2020, Lyons was arrested for second degree murder, use of a firearm in the commission of a felony and registration of a firearm. He was transported to the Lahaina Police Station and remained in-custody at last report. The investigation is ongoing.
Previous Post:

Maui police are on the scene of a reported shooting at a residence in the West Maui area of Nāpili.  Sources say the incident was reported at around 8:30 p.m.

Maui police tell Maui Now that the investigation is ongoing and details are pending release.