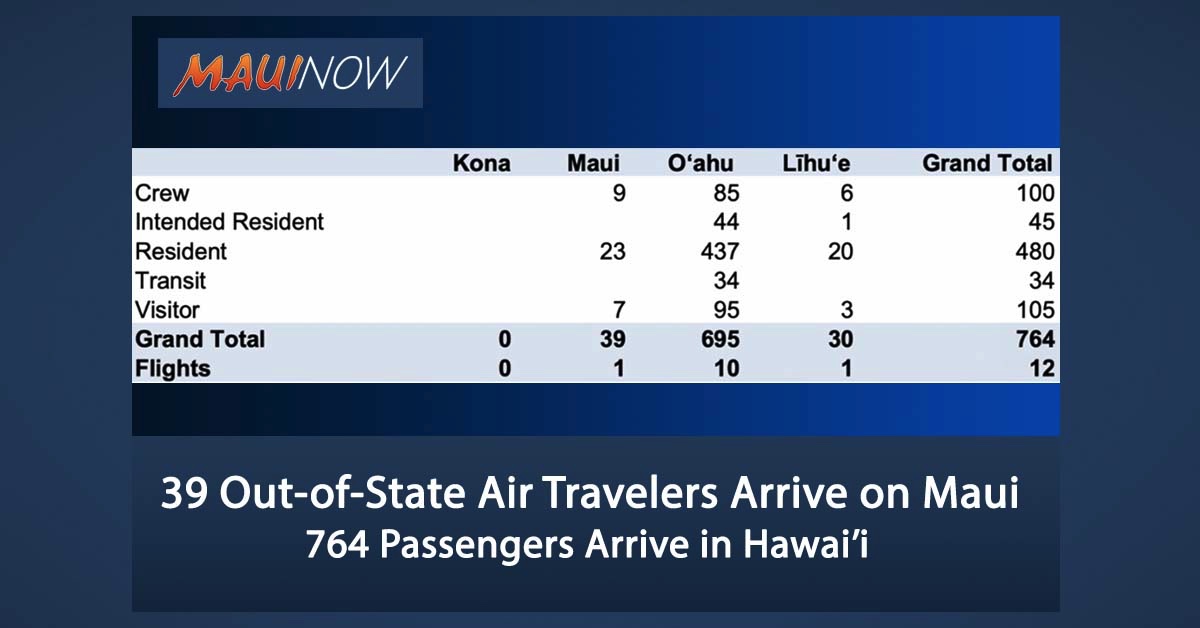 The Hawaiʻi Department of Transportation has temporarily closed sections of its airports because of low passenger volumes, which are down 99 percent from last year. At the Daniel K. Inouye International Airport the closures include all the B and C gates and nearly half of the baggage claims.

On Wednesday, 764 people arrived in Hawai‘i including 105 visitors and 480 residents. The returning resident count is particularly high for Wednesday because it includes about 300 National Guard Soldiers who returned from a deployment.

On Maui, there were 39 individuals who arrived from out-of-state including nine crew members, 23 residents and seven visitors.

Thursday marked three weeks since the state’s mandatory 14-day self-quarantine started for all passengers arriving in Hawai‘i from out of state.

During this same time last year, nearly 30,000 passengers arrived in Hawai‘i daily, including residents and visitors. The quarantine order was expanded on April 1st to include interisland travelers.

DBEDT is reporting the following interisland passenger numbers for Hawai‘i airports for April 13, 2020.