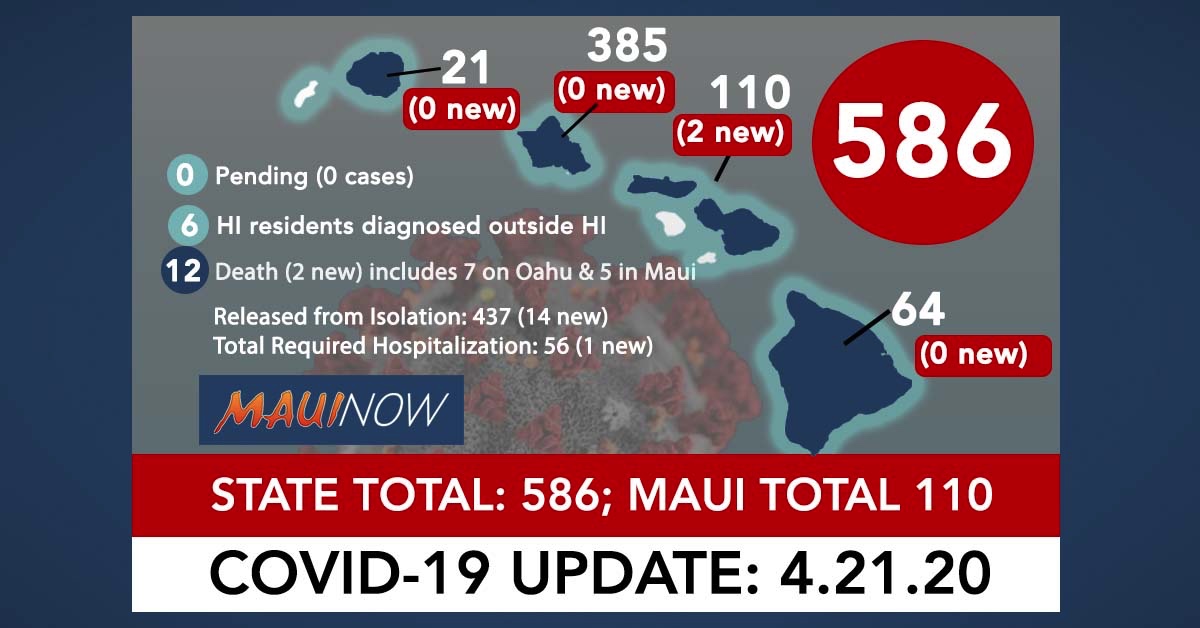 The Hawai‘i Dept. of Health reports that two additional coronavirus related deaths occurred late last night, bringing the total in the state to 12 since tracking began on Feb. 28, 2020.  The deaths occurred on O‘ahu and on Maui and both are men, 65-years-old, or older.

The Hawaiʻi State Department of Health reports that there were 437 individuals released from isolation; and 56 cases that have required hospitalization.

Maui County has 2 new cases for a total of 110 confirmed positive. Of the 110 cases in Maui County, at least 60 have been released from isolation, and 7 have required hospitalization. 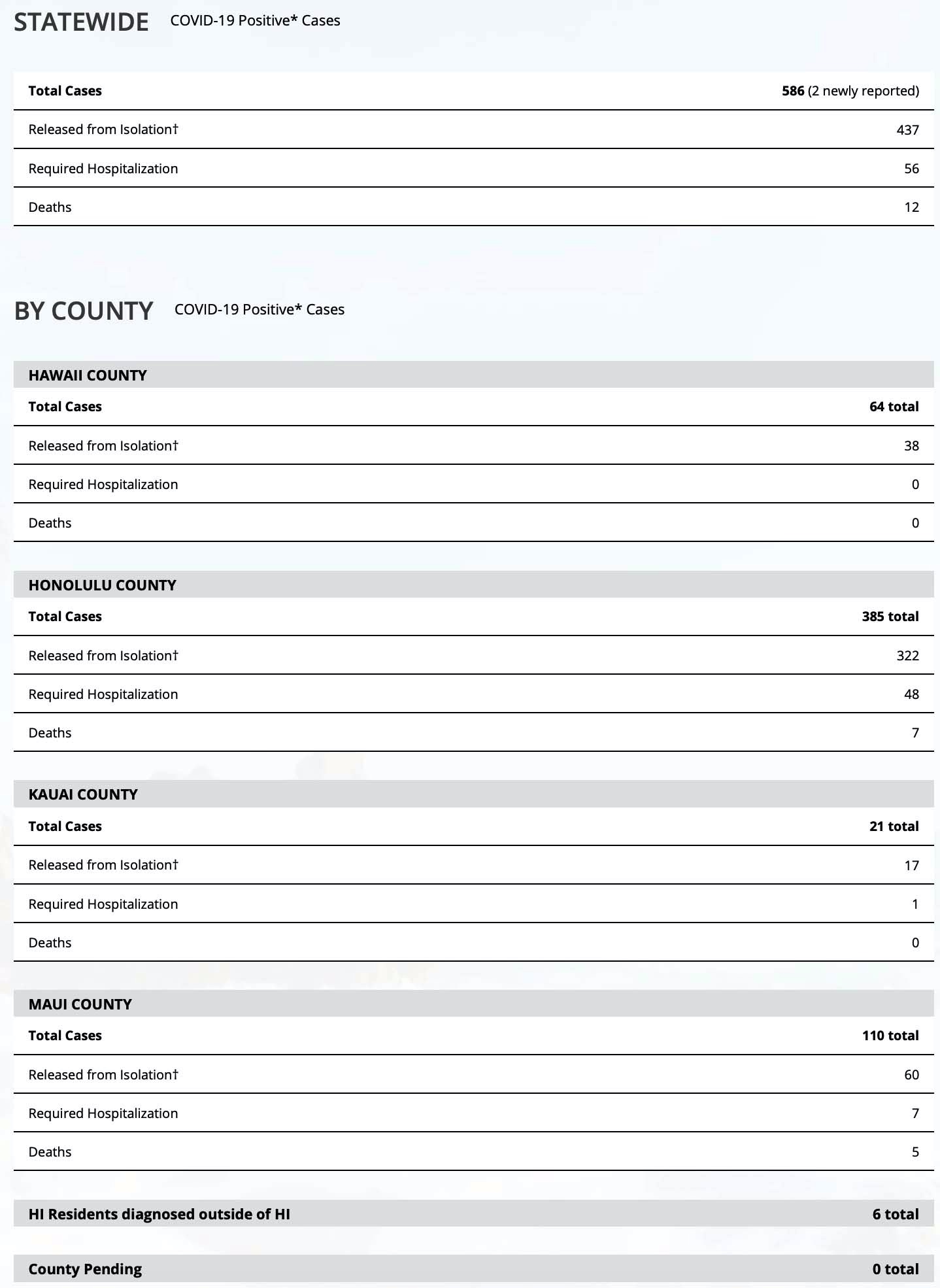