No Out-of-State Flights to Neighbor Islands on Monday 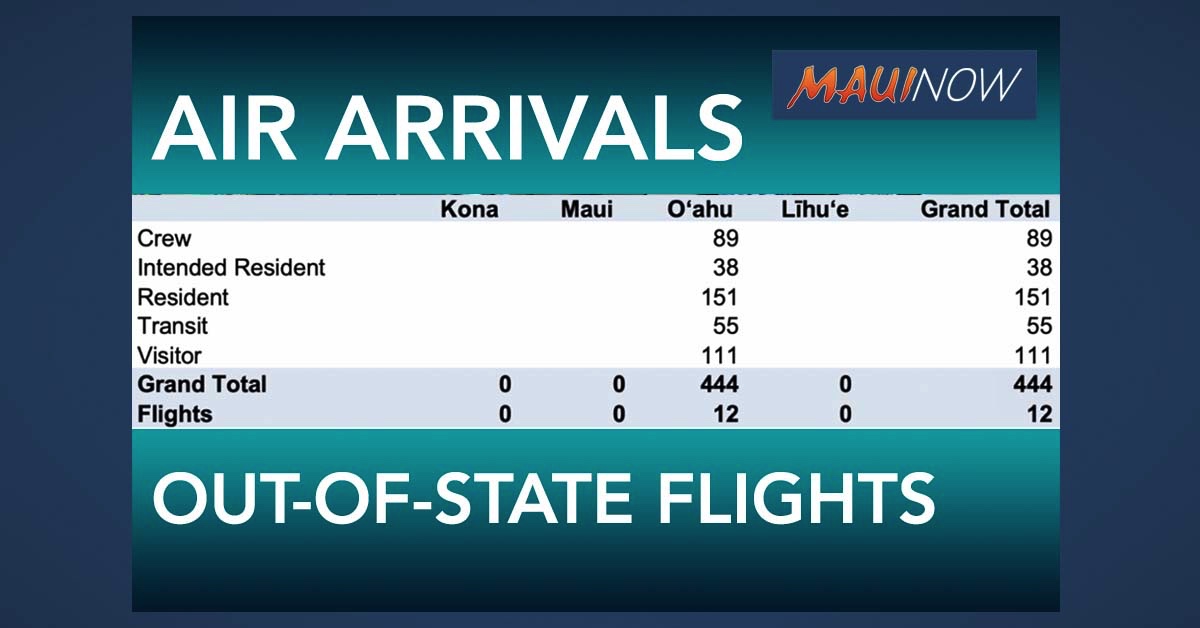 On Monday, April 20, a total of 444 people arrived in Hawaiʻi from out-of-state including 111 visitors and 151 residents, according to new data compiled by the Hawaiʻi Tourism Authority.

There were no flights to the neighbor islands from out-of-state yesterday.

DBEDT is reporting the following interisland passenger numbers for Hawai‘i airports for April 18, 2020.