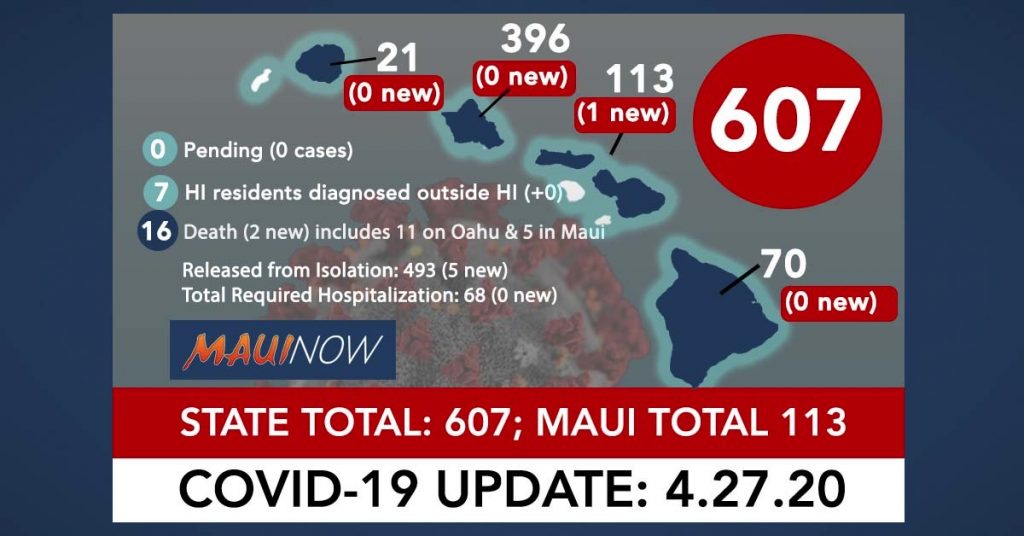 The Hawai‘i Department of Health is reporting the 16th death associated with the coronavirus in the state. The 16th death is an Oʻahu woman who is over 65-years-old and had underlying conditions and had been hospitalized since early April. The department is investigating whether the mode of infection was travel-related or community-associated. State officials extend their condolences to the family and friends of the latest victims of this disease.

Last night, a 15th death was reported, involving an O‘ahu man, over the age of 65, with underlying health conditions. He had been in the hospital since early March and his infection was presumed to be community associated.

The Hawaiʻi State Department of Health reports that there were 493 individuals released from isolation; and 68 cases that have required hospitalization.

Maui County’s count remains at 113 confirmed positive. Of the 113 cases in Maui County, at least 78 have been released from isolation, and 13 have required hospitalization.

There is a COVID-19 cluster on Maui at the Maui Memorial Medical Center.  The state adjusted the Maui Hospital cluster count upward to 57 individuals under investigation on Saturday, including 37 staff and 20 patients. The DOH’s investigation at MMMC continues and DOH officials say “it appears the outbreak may have been driven by a single healthcare worker who was allowed to work while ill.” 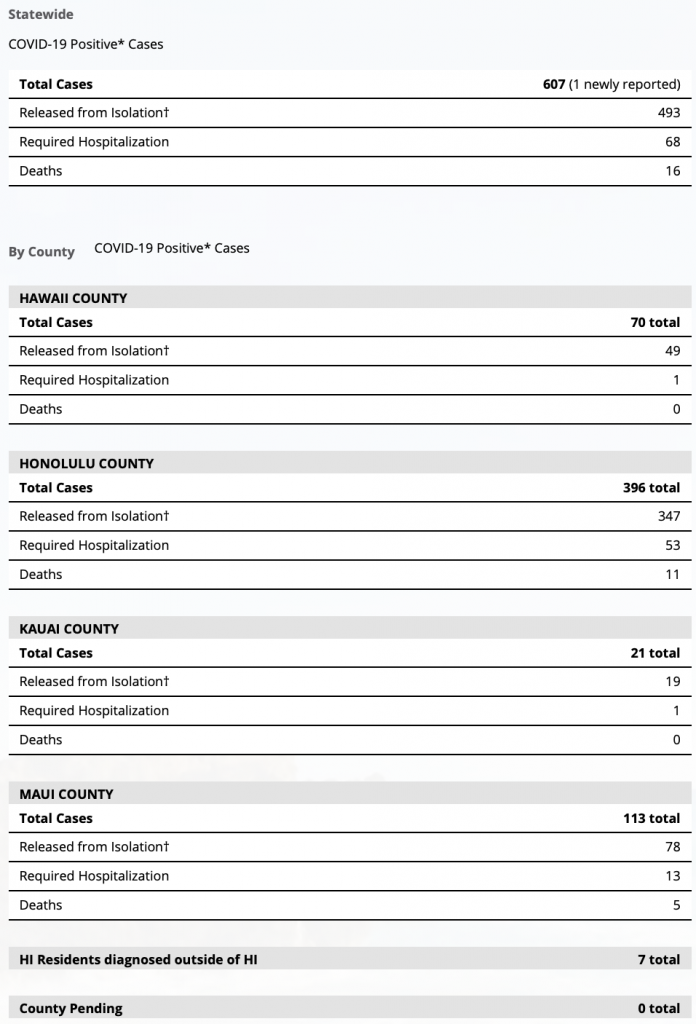