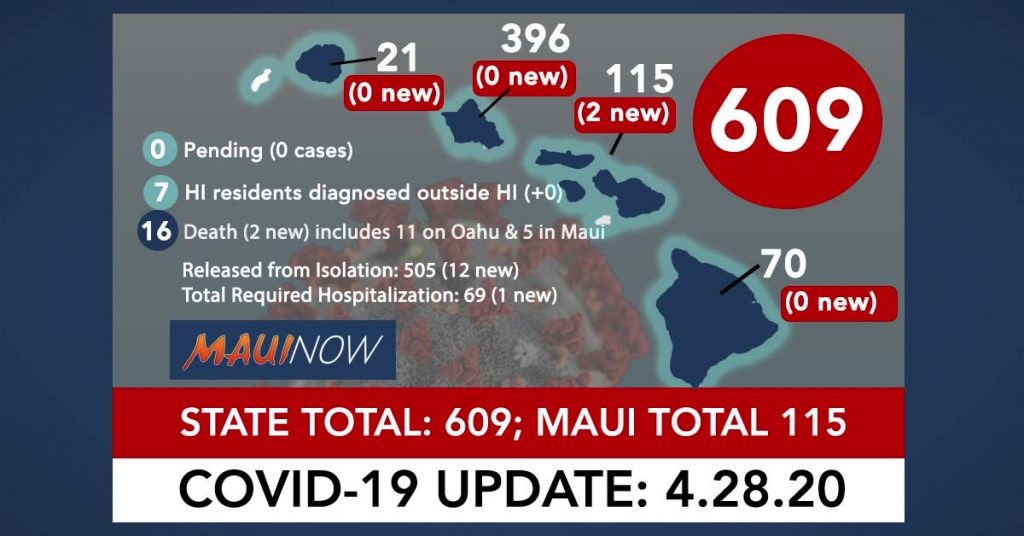 The state Department of Health says one case involves a Lānaʻi resident who was exposed on the Island of Maui, and who will be remaining on Maui Island for the interim. DOH officials say the Lānaʻi resident has been hospitalzed on Maui for an extended time. The patient was transported in early March to Maui for treatment not associated with coronavirus. The patient initially tested negative for COVID-19, but a recent test came back positive.

As of today, 318 cases are travel-associated, 234 are community-associated, and 57 with risk factors unknown at this time.

The Hawaiʻi State Department of Health reports that there were 505 individuals released from isolation; and 69 cases that have required hospitalization.

Maui County’s count increased to 115 confirmed positive. Of the 115 cases in Maui County, at least 80 have been released from isolation, and 14 have required hospitalization.

One positive case reported on April 27 on Maui was a hospitalist, an employee of Maui Medical Group, working at the hospital. The case is under investigation and the cause of infection is still being determined. At MMMC, state Health officials say 38 staff and 20 patients continue to be under investigation as potentially associated with the cluster. DOH is recommending the facility repeat in-service training for staff on proper PPE use, and other protective measures.

The DOH’s investigation at MMMC continues and DOH officials say “it appears the outbreak may have been driven by a single healthcare worker who was allowed to work while ill.” 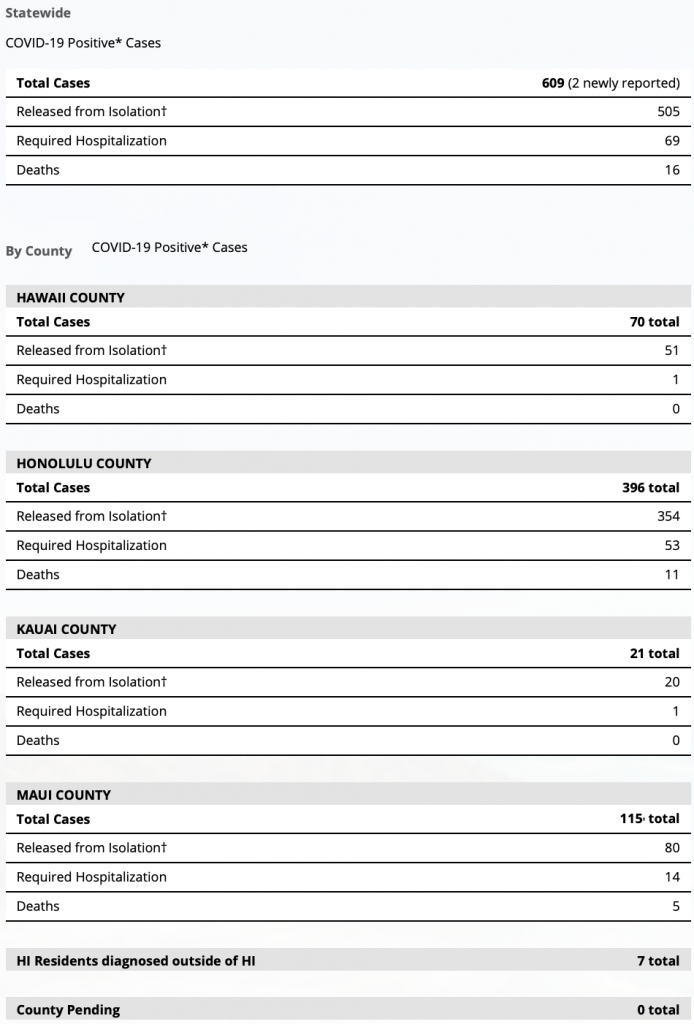