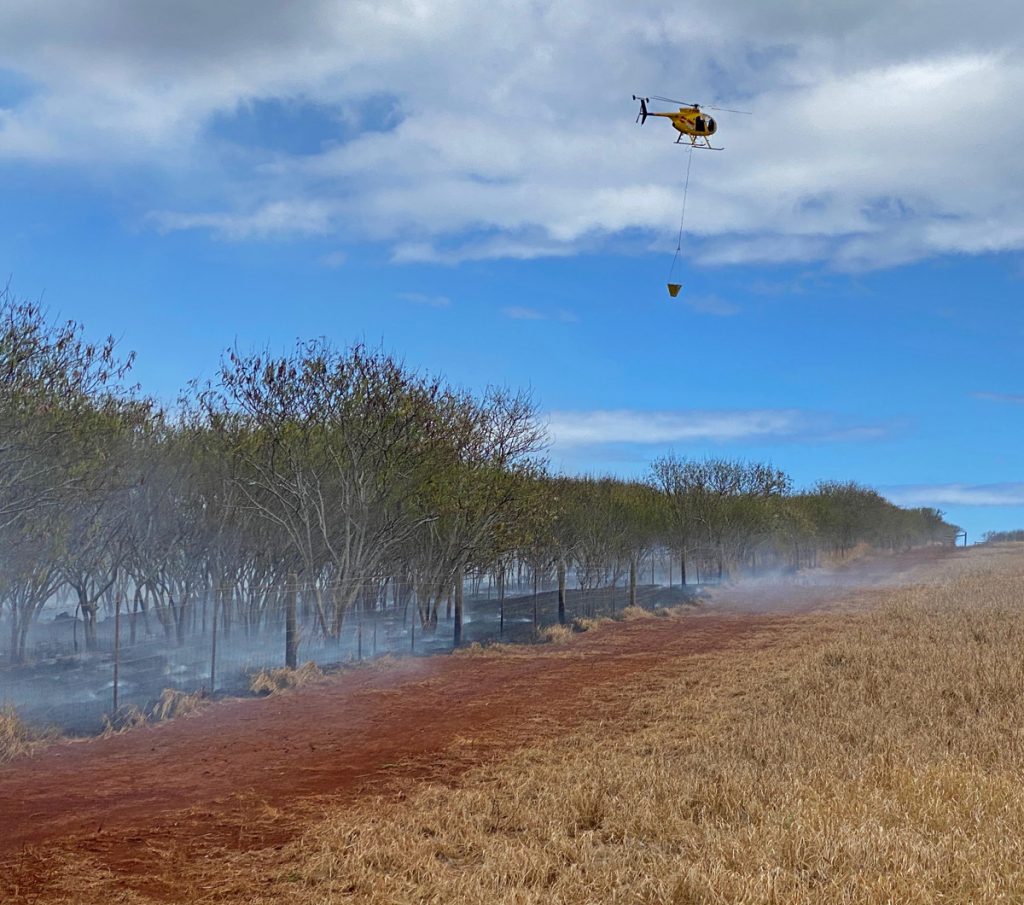 An estimated 40 acres of brush burned in a mid-day fire on Molokaʻi on Sunday.

Personnel with the Maui Police Department made contact with several residents of the area to advise them of the situation, but no individuals were displaced and no injuries were reported.

The fire was brought under control at approximately 12:35 p.m., but crews continued to mop-up and patrol the area overnight.

Maui Fire Department Acting Public Information Officer Chris Stankis said conditions on scene were 83 degrees and winds were blow from the north at 10 to 12 mph.

There were no damages reported and the cause of the fire is undetermined. 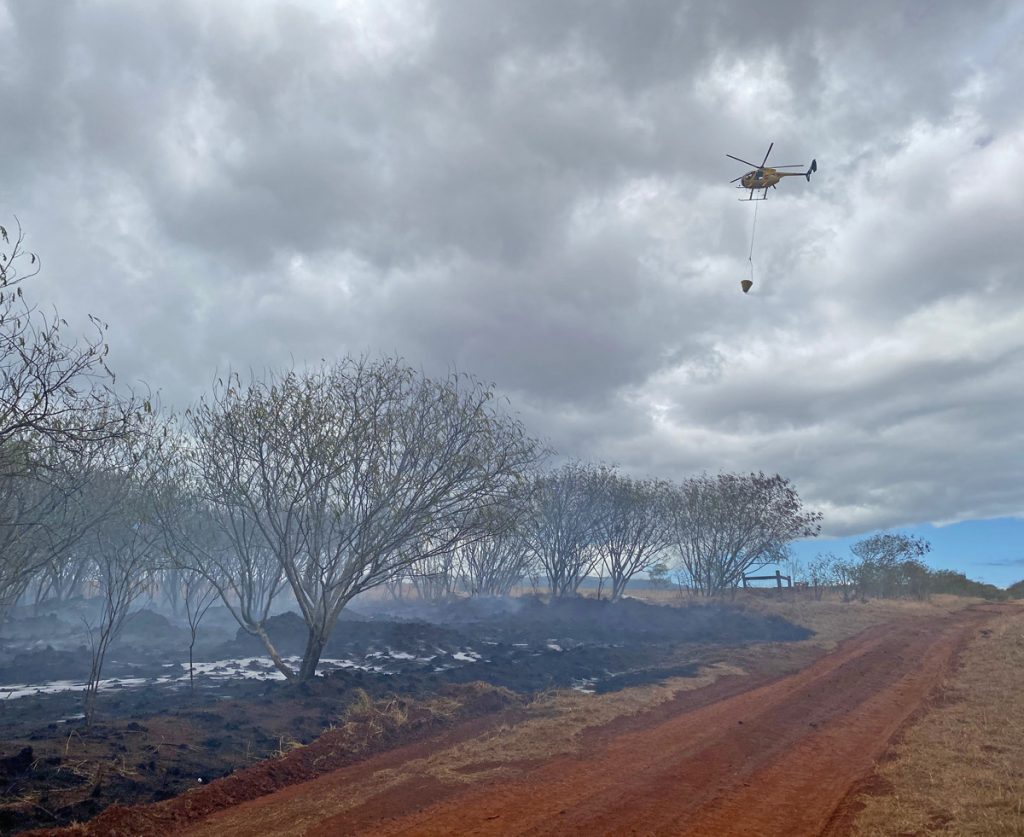