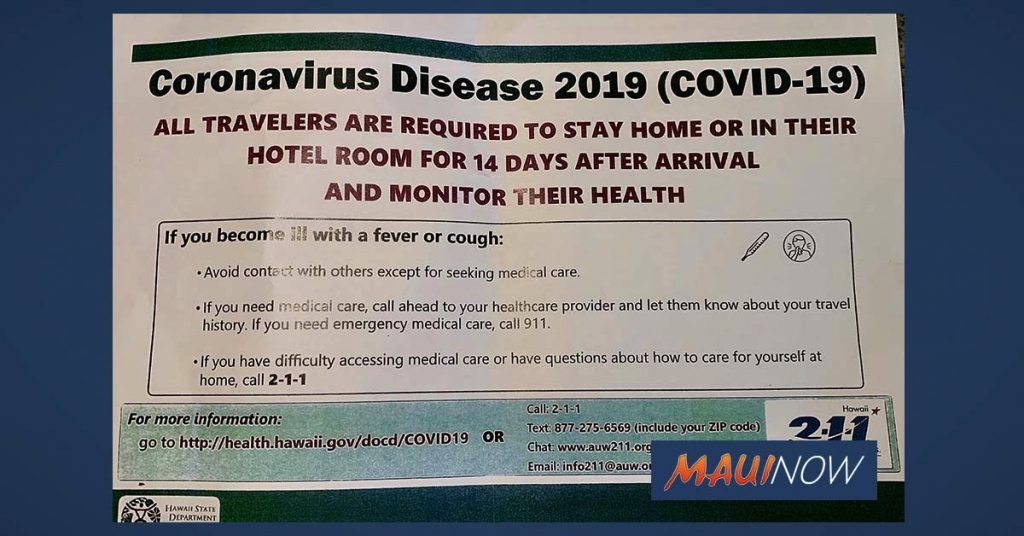 A Kaneʻohe man and a Mililani man are the latest people to be arrested by Special Agents from the Department of the Attorney General Investigations Division for violating the state’s current mandatory traveler quarantine.

61-year-old Michael J. “Kilomana” Danner of Kaneʻohe was first arrested on June 18 by deputy sheriffs from the Department of Public Safety at Daniel K. Inouye International Airport for refusing to complete the mandatory travel form and the order for self-quarantine.

AG investigators say Danner then began posting on social media that he was going to defy the State’s quarantine laws and was not going to abide by them. They say he also posted his activities on his wife’s social media site. The Special Agents served Danner twice with orders restricting him to stay in quarantine at his residence and say he continued to post his defiance.

On Monday, Special Agents followed him to the home of an elderly woman where he had been doing carpentry work for several days. State officials say the woman, who said she is in a high-risk category, “was incensed” upon learning Danner was being arrested for quarantine violation. His bail was set at $2,000.

29-year-old Darrel A.S. Ramirez of Mililani was arrested after Special Agents made quarantine checks on returning residents and arriving visitors. On June 26 an investigator checked on him and found that he was at a park with his son. He turned himself on June 29, was arrested, booked and charged. His bail was also set at $2,000.

Special Agents from the AG’s Investigations Division have arrested a total of 21 returning residents or visitors since the imposition of the mandatory traveler quarantine.

Even after August 1, when the state begins accepting pre-travel COVID-19 testing as an alternative to the mandatory 14-day self quarantine, state officials say they will continue to “strictly enforce” the 14-day traveler quarantine on anyone who does not meet the state’s testing requirements.