‘Bigs of The Year’ Recognized 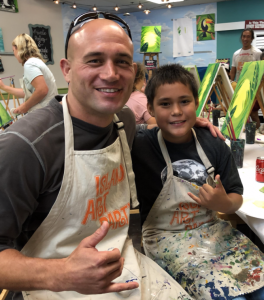 Big Brothers Big Sisters of Maui awarded the 2020 Maui Bigs of the Year at its BIG Awards Night virtual event on June 19.

The Bigs of the Year are chosen by the Case Managers each year based on their years of service with the agency, their level of engagement with their Little Brother or Sister, and their willingness to go above and beyond as a volunteer.

Big Sister Jenni Learned (of Maui Nui Seabird Recovery Project) and Big Brother Steven Warther (of Maui Fire Dept.) received this award in our Community-Based Program.  Both received a plaque and gift certificates to do their favorite activity with their Little, which were donated by Mason Services of Maui.  Big Sister Daniza Faith Nono (recent Maui High School graduate) was the awardee from our Mentor Center After School Program.  She also received a plaque and a $500 scholarship from Aloha Shoyu.

The guest speaker for the virtual event was Big Sister Crystal Saki who was named 2020 Big Sister of the Year for the state of Hawaii earlier this year (highest award at BBBS).