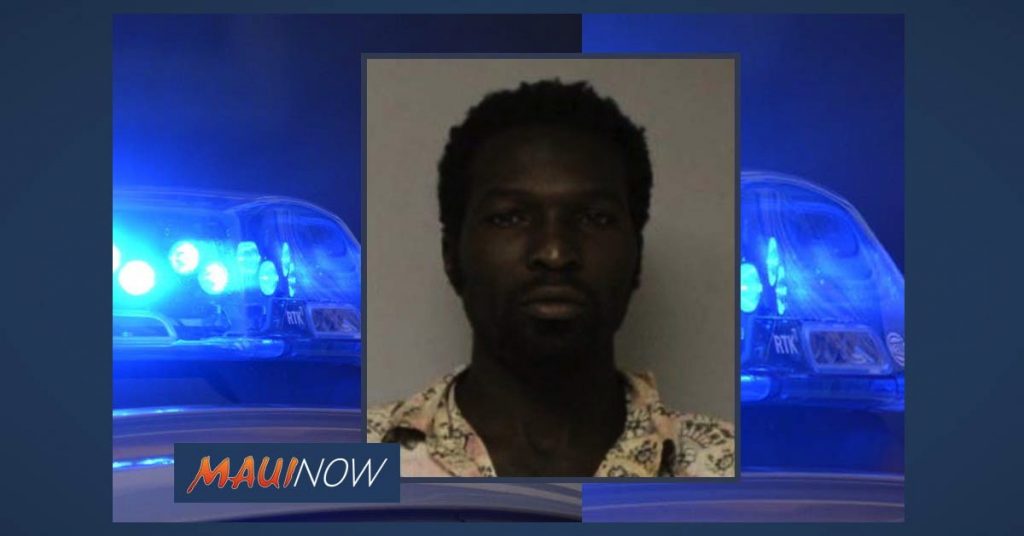 A Lahaina man accused of a “hate crime” was arrested on Friday for assault charges related to a physical and verbal confrontation in Mākena last week that resulted in concussion injuries to one of the male victims, police said.

Kadeem Johnson, 30, of Lahaina was arrested on a bench warrant in connection with the first and second degree assault cases.  He was released the following day after posting $10,000 bail.

The allegations stem from a July 12, 2020 incident at South Maui’s Oneloa “Big Beach” in which Johnson and three male individuals got into a confrontation.  Police say Johnson allegedly made homophobic slurs, threw items at the victims and placed one of the males in a headlock.  He allegedly struck two victims–one in the face and another in the jaw, according to police reports.

One of the male victims obtained medical assistance and was later diagnosed with a concussion, according to police.

If convicted, police say the prosecutor’s office will seek a “hate crime” enhancement at the time of sentencing.