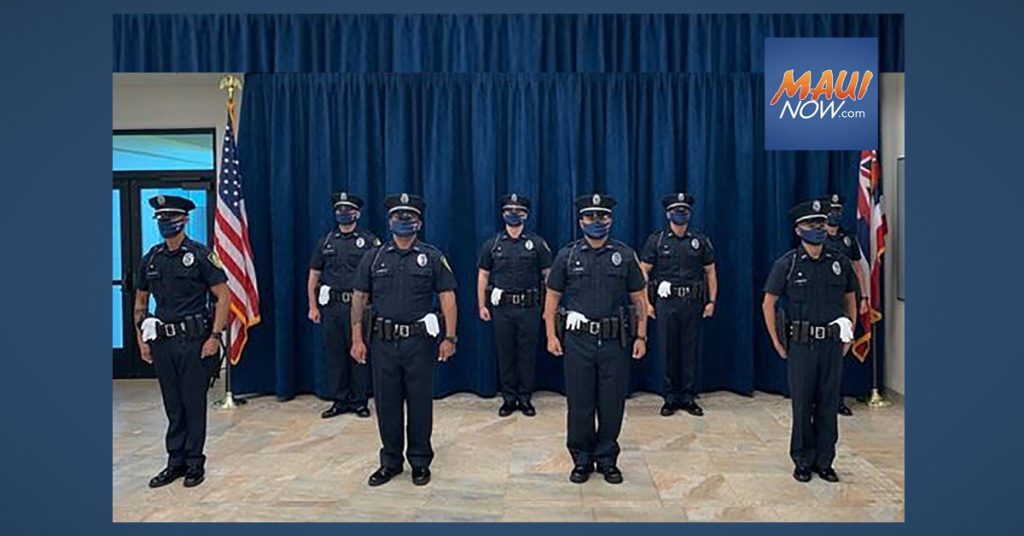 Eight individuals joined the ranks of the Maui Police Department as the members of the 90th Recruit Class took their professional oaths during a graduation ceremony held Friday, Aug. 28, at the Kīhei Police Station.

With the current pandemic, precautions and changes were implemented in the ceremony. Despite their class being delayed due to the Covid 19 pandemic, the recruits continued to work assisting the department in other areas. Department officials say they learned first-hand what “Other Related Duties” means, until their training resumed.

Other awards were issued to the following Officers:

The eight recruits completed a total of eight months of intense physical and academic training before graduating and receiving their badges.