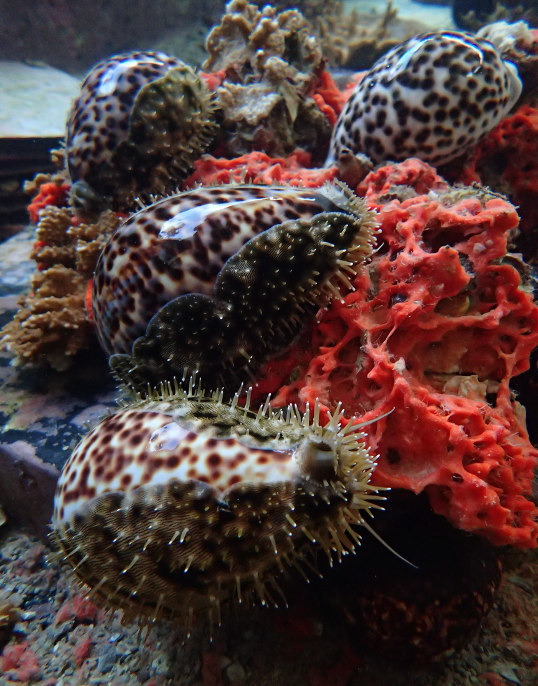 A recent study published by the University of Hawai’i at Mānoa discovered that Hawaiian tiger cowries are voracious predators of marine invasive species like alien sponges.

The study showed that the Hawaiian tiger cowries (Leho-kiko in Hawaiian) would be effective at controlling alien sponges if they were common enough but due to increased demand for its shells, the number of Native Hawaiian sea snails has precipitously declined due to overharvesting.

Alien sponges such as the orange keyhole sponge, can overgrow native corals and has become a concern as it spreads across reefs in Kāneʻohe Bay, Oʻahu.

This was discovered by researchers at the University of Hawai‘i at Mānoa’s Hawaiʻi Institute of Marine Biology in a study published in Marine Ecology Progress Series, which found that each cowrie, a type of sea snail, eats more than half its body weight in sponges every week.

“We found that cowries ate most species of alien sponges that we offered them, and that a single snail can consume an entire sponge the size of your fist in roughly a week,” said Jan Vicente, lead author of the study and postdoctoral researcher at HIMB in the UH Mānoa School of Ocean and Earth Science and Technology (SOEST).

Alien invasive species, such as killer algae in the Mediterranean or lionfish in the Caribbean, can devastate native ecosystems. Hawaiʻi ranks among the highest in the world for both the number of marine alien invasive species and the success of those invaders in taking over space from native species. Prevention, early detection and rapid removal are the best tools to prevent impacts from alien species, because once invaders become established, efforts to eradicate them are expensive and often unsuccessful. 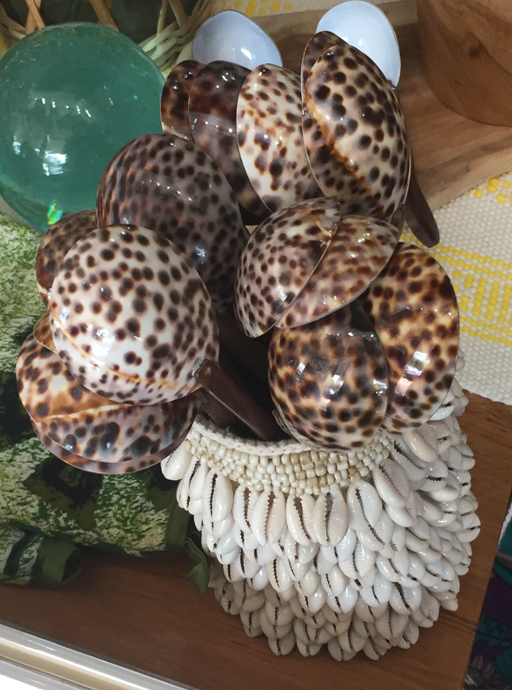 Cowries have been overharvested throughout the Pacific and have experienced a precipitous decline in most populated locations. The Hawaiian tiger cowrie is more valuable than most, because it is not found anywhere else and reaches a much larger size. Tiger cowries, like most cowrie shells, have been in high demand for more than 1,000 years in Indo-Pacific trade, but harvest of the Hawaiian cowrie is unreported and unregulated by the state of Hawaiʻi.

“Our study shows that cowries may be able to control alien sponges if they were common enough, but we hear from the Native Hawaiian community that they are far less common today than in the past,” said Vicente. “We need to protect these culturally and ecologically important animals from overharvesting. This study shows that Hawaiian tiger cowries could help control invasive species, so maybe we should stop people from killing them to sell as ornaments in the shell trade.”

Co-author and HIMB Professor Rob Toonen added, “If these snails can do the work of controlling alien invasive species for us, it will save the state both time and money to keep them in the ocean rather than on display for someone’s shelf.”

This comments section is a public community forum for the purpose of free expression. Although Maui Now encourages respectful communication only, some content may be considered offensive. Please view at your own discretion. View Comments
Trending Now
1387320 2Kuʻikahi Villages Plans For 202 Workforce Homes In Wailuku Moves Ahead 3Law Enforcement Arrest Three On Maui For Alleged Electronic Enticement Of A Child 4Crews Respond To Brush Fire Near Maui Lani Golf Course In Kahului 5Conservation Minded Steward Sought As Future Buyer For Mauis Hana Ranch 6Disaster Relief Period Declared For Mauis Axis Deer Crisis As Population Grows To 60000
Back to Top