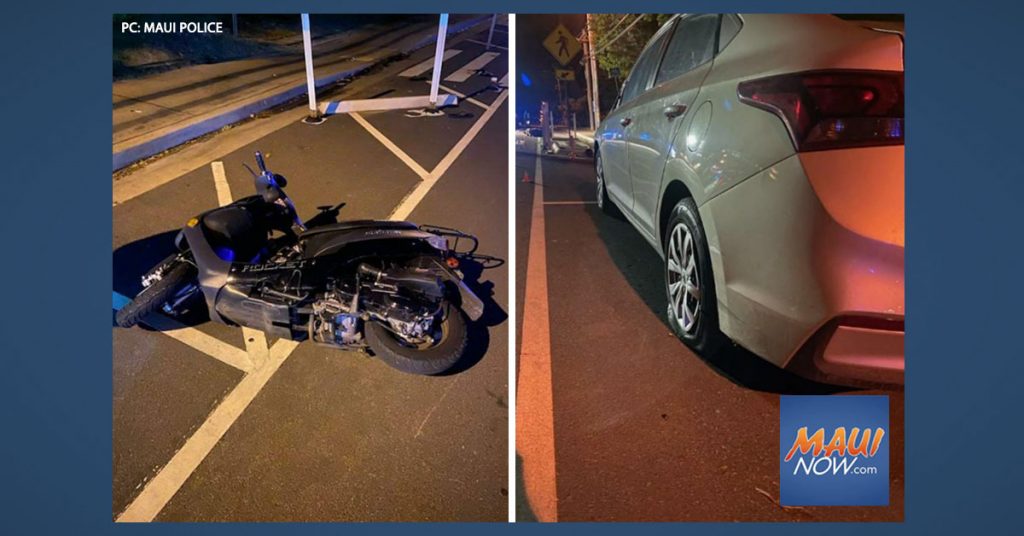 Alcohol is believed to be a factor in a near fatal motorcycle crash on South Kīhei Road last night, according to Maui police.

A preliminary police investigation reveals, a black YN moped, operated by a 45-year-old Kīhei man, was traveling southbound on South Kīhei Road when it collided into the rear of a parked silver Hyundai Accent sedan.

Police say the man was ejected and sustained critical life-threatening injuries.  He was transported to the Maui Memorial Medical Center for further care.

According to police, the sedan was parked legally in a marked stall on the makai shoulder of South Kīhei Road. A 50-year-old Kīhei woman was within the vehicle and was not injured as a result of the crash.

Police reports indicate that the moped operator was not wearing a helmet at the time of the crash.  The involvement of drugs and speed has not been determined and is pending.

To date there have been six fatalities on Maui County roads this year, compared to 16 at the same time last year.