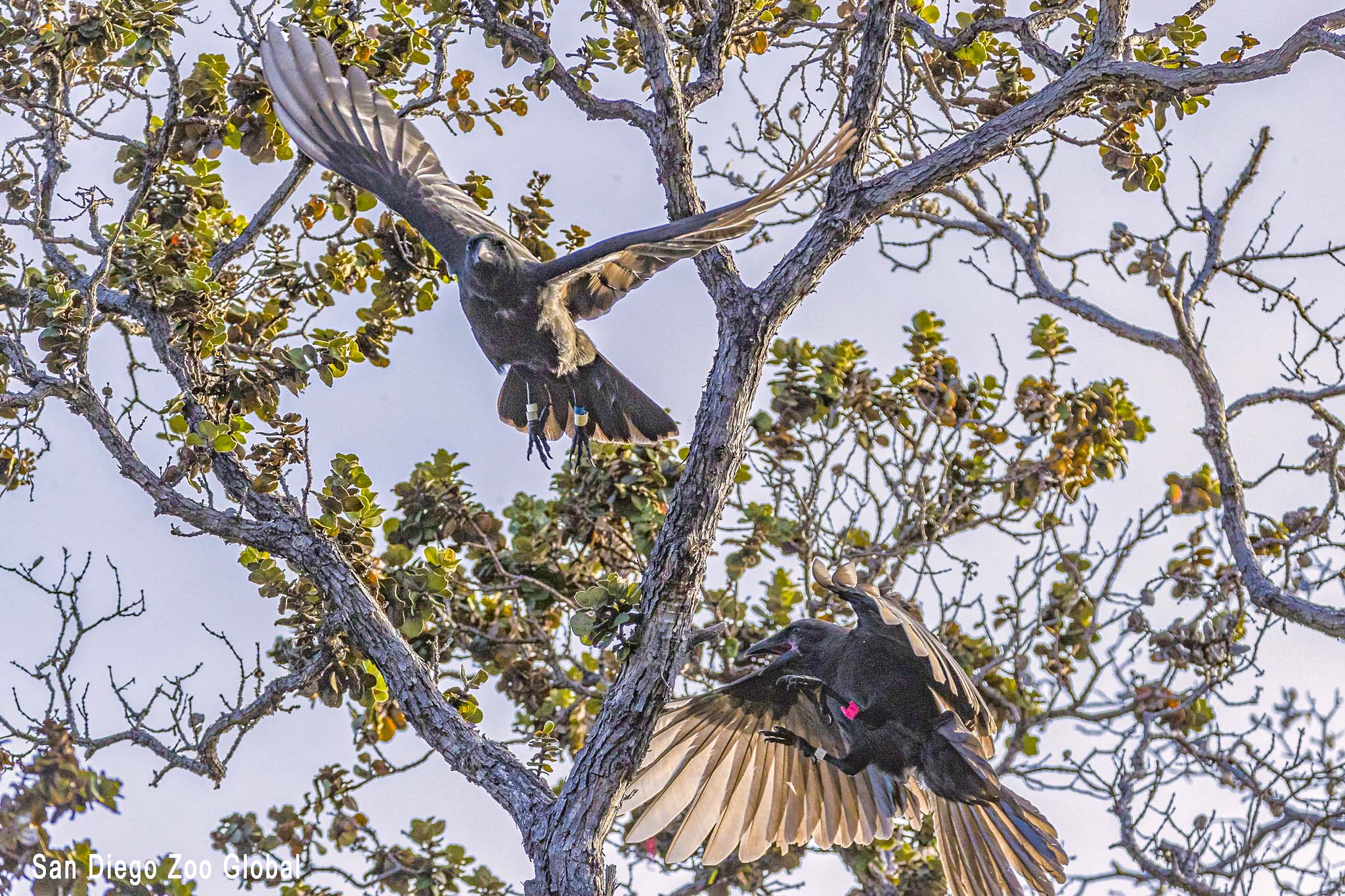 The ʻAlalā Project is working to help the Hawaiian crow recover in the wild. Photo courtesy: San Diego Zoo Global 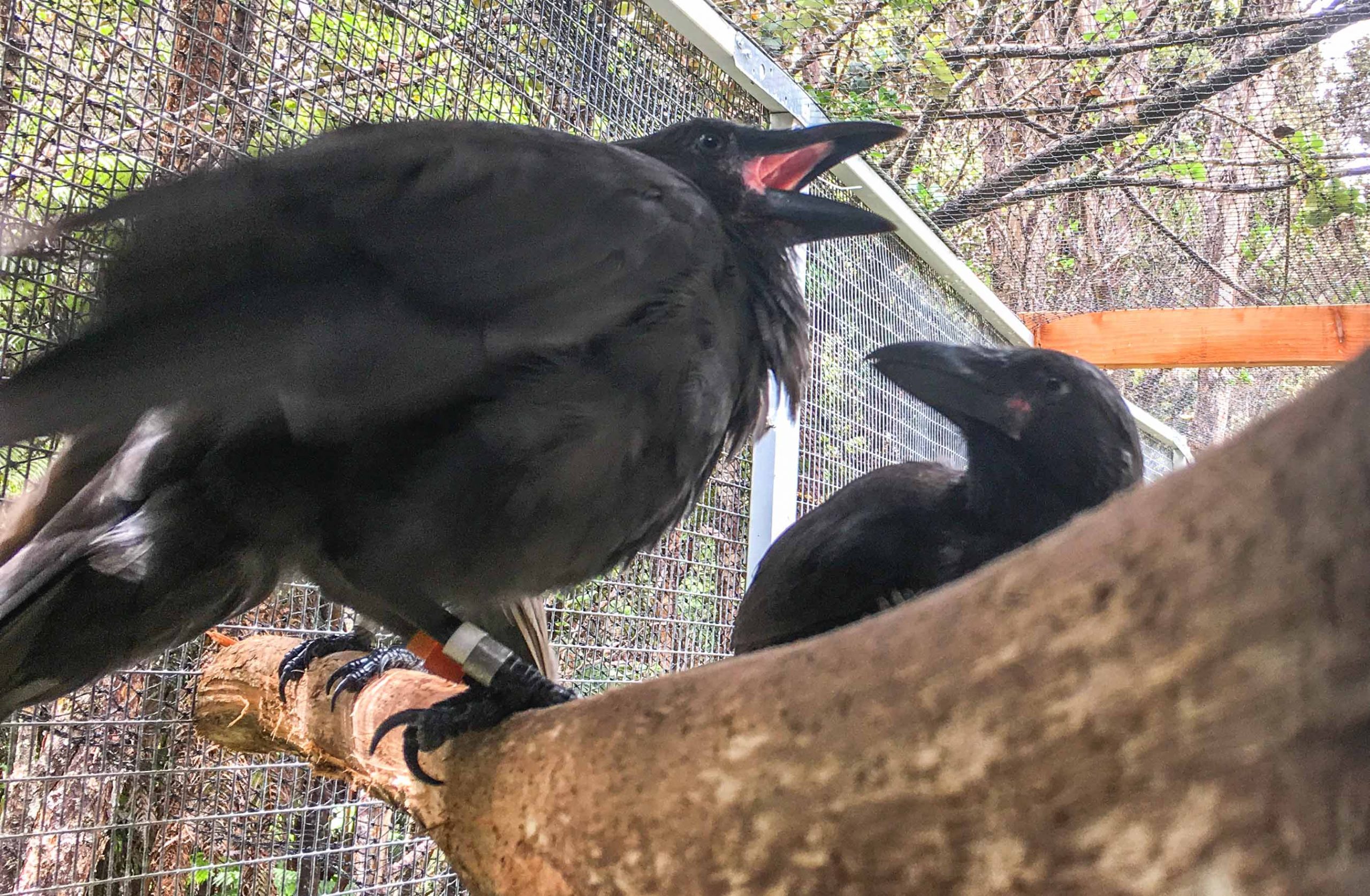 Conservationists working to recover the ‘alalā (Hawaiian crow) are addressing recent mortalities of the species living in the Pu’u Maka`ala Natural Area Reserve on Hawai‘i island by bringing the surviving wild crows back into the protection of its conservation breeding program.

ʻAlalā have been rare for much of the 20th century, with less than 100 birds remaining in the wild by the 1960s due to habitat loss and fragmentation, invasive mammalian predators, introduced diseases and perhaps other unknown factors.

With close monitoring by state conservationists and the San Diego Zoo Global’s Hawai‘i Endangered Bird Conservation Program, the reintroduced crow population has survived in the wild for the last few years, even attempting to breed.

But due to the recent deaths of the crows, many by the predation of the ‘io (Hawaiian hawk), the coalition of conservation partners of The ‘Alalā Project said it is adapting to this new challenge by bringing the crows back to the Keauhou Bird Conservation Center.

Dedicated project staff are working tirelessly to recapture the remaining wild crows, which had been successfully living in the wild for 2-3 years — and have knowledge about foraging, predator avoidance and other social behaviors that could be passed on to the more than 100 birds residing within the conservation breeding program. ‘Alalā recovery is still attainable and this move will aid with future recovery efforts, according to a news release by The ‘Alalā Project.

“For the last three years it has been encouraging to see the released birds transition to the wild; foraging, calling and flying in native forests,” said Jackie Gaudioso-Levita, a biologist with the Hawaiʻi Department of Land and Natural Resource’s Division of Forestry and Wildlife and the coordinator of The ‘Alalā Project.

“It is important to ensure that these surviving ‘alalā are able to pass on the skills they have learned in the wild to future generations of the species,” she added. “While very difficult, bringing these birds back into the breeding program is an interim step to the review and adaptation of the program to recover the species.”

Recovering the ʻalalā in the wild will take many years. By working as partners and utilizing tools such as conservation breeding the road to recovery will be similar to the recovery of other reintroduced species.

“The U.S. Fish and Wildlife Service is committed to the recovery of ‘alalā,” said Michelle Bogardus, Maui Nui & Hawaiʻi Island Team Manager, Pacific Islands Fish and Wildlife Office. “Strong conservation partnerships are essential for the recovery of threatened and endangered species. Working together, the many partners in The ‘Alalā Project will determine the next steps for this iconic species.”

“This species is important not only to the recovery of Hawaiian forests but also to Hawaiian culture, and our organization is committed to creating a world where wildlife and people thrive together,” said Paul Baribault, chief executive officer and president of San Diego Zoo Global.

“We remain committed to this project and have always known that there would be some setbacks and challenges along the way. Fortunately the project has an extremely knowledgeable, dedicated and passionate team and we believe this level of care and consideration for the ‘alalā, will hopefully in time, see a re-establishment of a wild population,” said David Smith, administrator for the DLNR Division of Forestry and Wildlife.