The results of the second Hawai‘i Commercial Rent Survey reveal that more Hawai‘i businesses are suffering financially as the COVID-19 pandemic drags on. Since the first study was conducted in July, many companies have had to make the difficult decision to scale back their workforce and lay off workers.

More than 1,400 businesses across the state, representing more than 40,000 workers, participated in the survey that was released today. It shows:

While the survey’s organizers, led by Island Business Management President Ryan Tanaka, say the results are alarming, they intend to find solutions by sharing this information with government leaders to advocate for some form of financial relief. The hope is the stark data will paint a clearer, data-driven picture prompting city and state officials to allocate more federal funding to help businesses survive.

“The demand for rent assistance climbs as businesses anticipate more staff cuts and other reductions to survive,” Tanaka said. “This survey also shows which industries are the most affected, which will help prioritize where the money should be directed. The industries hurting the most are retail, entertainment, food services and hospitality, along with their supply chains, which were forced to close in the COVID-19 Emergency Order shutdowns.”

As part of a business coalition with trade associations, financial institutions and other business organizations, Tanaka is working to develop a Commercial Landlord-Tenant Grant Program. However, the business coalition’s effort differs from other available federal aid programs because it focuses on helping commercial landlords.

For example, though Honolulu Mayor Kirk Caldwell expanded the City and County’s Small Business Relief and Recovery Fund, numbers from the new Hawai‘i Commercial Rent Survey show more than double the aid allocated is still needed. This is where the Commercial Landlord-Tenant Grant Program can fill the gap.

“There isn’t a lot of help out there for commercial property owners, but they are a big part of the economic recovery framework,” Tanaka said. “They’re still required to pay county property taxes in full, which is why they need to keep collecting rent from the stores and businesses on their land. The Commercial Landlord-Tenant Grant Program would use federal money to provide commercial rent relief, which will translate into protecting jobs and generating important revenue for government budgets.”

The concept of the Commercial Landlord-Tenant Grant Program is gaining traction within government and across the community. In July, a public-private partnership with the State of Hawai‘i Department of Business, Economic Development and Tourism (DBEDT) launched its first Hawai‘i Commercial Rent Survey, which also confirmed that Hawai‘i’s economic landscape was trending in the wrong direction.

The results of the survey were shared with the Honolulu City Council, which unanimously approved Resolution 20-208 urging the City and County of Honolulu administration to establish a Commercial Landlord-Tenant Grant Program. Supporters of the resolution include 13 trade associations representing more than 10,000 members.

Commercial landlord Ave Kwok has 18 business tenants in Honolulu, employing 120 people. He expressed deep concern about the damage from the pandemic. He may not be able to afford to pay real property taxes for the next 6 to 12 months. He strongly supports the creation of this program, according to the news release.

With the first Hawai‘i Commercial Rent Survey quickly proving its mettle as an insightful and valuable resource for lawmakers, Tanaka worked with the DBEDT’s Chief State Economist Dr. Eugene Tian to coordinate the second survey in September.

The business coalition is planning to take the results of the second survey to elected officials and continue advocating for the Commercial Landlord-Tenant Grant Program. Tanaka believes the program is an essential and timely solution.

“It’s all about keeping small business owners healthy, because small business is the engine for our economic recovery and to maintain jobs,” Tanaka said.

The full results of the Second Hawai‘i Commercial Rent Survey can be found here: https://tinyurl.com/y67b72of. 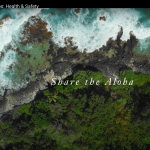 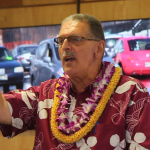 ARTICLE COMMENTS ( 10 )
This comments section is a public community forum for the purpose of free expression. Although Maui Now encourages respectful communication only, some content may be considered offensive. Please view at your own discretion.
I Understand, Show Comments