The coffee leaf rust pest was tentatively identified on coffee plant samples collected on Maui. The Hawaiʻi Department of Agriculture received preliminary results from University of Hawaiʻi, College of Tropical Agriculture and Human Resources identifying the fungus on plants collected from managed and wild coffee in the Haʻikū area.

Samples were also sent to the US Department of Agriculture National Identification Services on the Mainland for official confirmation of this federally regulated pathogen.

CLR is one of the most devastating pests of coffee plants and is established in all of the other major coffee growing areas of the world, but had not previously been found in  Hawaiʻi.

On Oct. 21, 2020, leaves from managed coffee in the Haʻikū area of Maui displaying CLR symptoms were turned in to the Hawaiʻi Department of Agriculture on Maui. Subsequent surveys in the area found plants with symptoms at three additional locations, two of which were in wild coffee.

HDOA sent a memo to members of the coffee industry throughout the state to alert them to the situation. Currently, HDOA is continuing its efforts to survey on Maui and is extending those efforts statewide as well.

“It is unknown at this time how the rust got to coffee plants on Maui or how long it has been there,” said Phyllis Shimabukuro-Geiser, chairperson of the Hawaiʻi Board of Agriculture. “We appreciate the assistance of the multiple agencies that are helping us to determine the extent of this infestation and how coffee leaf rust may have been introduced into the state.”

CLR can cause severe defoliation of coffee plants. Infected leaves drop prematurely, greatly reducing the plant’s photosynthetic capacity. Vegetative and berry growth are reduced depending on the intensity of rust in the current year. Long-term effects of rust may include dieback, which can have a significant impact on the following year’s yield, with some researchers estimating losses between 30 percent and 80 percent.

The first observable symptoms are yellow-orange rust spots, appearing on the upper surface of leaves. On the underside of the leaves, infectious spores appear resembling a patch of yellow- to dark orange-colored powder. These young lesions steadily increase in size with the center of the lesion turning necrotic and brown, with the infection eventually progressing up the tree. CLR may also infect young stems and berries.

While there are fungicides that may be used to help control the fungus, one of the key factors to any pest management program is good sanitation practices. Regular pruning and training of the coffee tree helps to prevent over-cropping and maintain a healthy field. These practices help to improve air circulation and also to open up the canopy to allow proper fungicide spray coverage. Good weed control is an important factor as it keeps competition for vital nutrients low, thereby reducing the susceptibility to the rust.

Coffee leaf rust, Hemileia vastatrix, was first discovered in Sri Lanka in 1869 and is now found in the major coffee-growing regions of the world, including Southeast Asia, Africa, and Central and South America.

Hawaiʻi has strict importation rules requiring all imported green coffee beans for roasting and associated packing materials be fumigated prior to entering the state to ensure beans are free of pathogens and insect pests. These rules also subject coffee plants and propagative plant parts to strict quarantine requirements if imported to Hawaiʻi, including a quarantine on all imported coffee plants for a minimum of one year in a state-run quarantine facility. 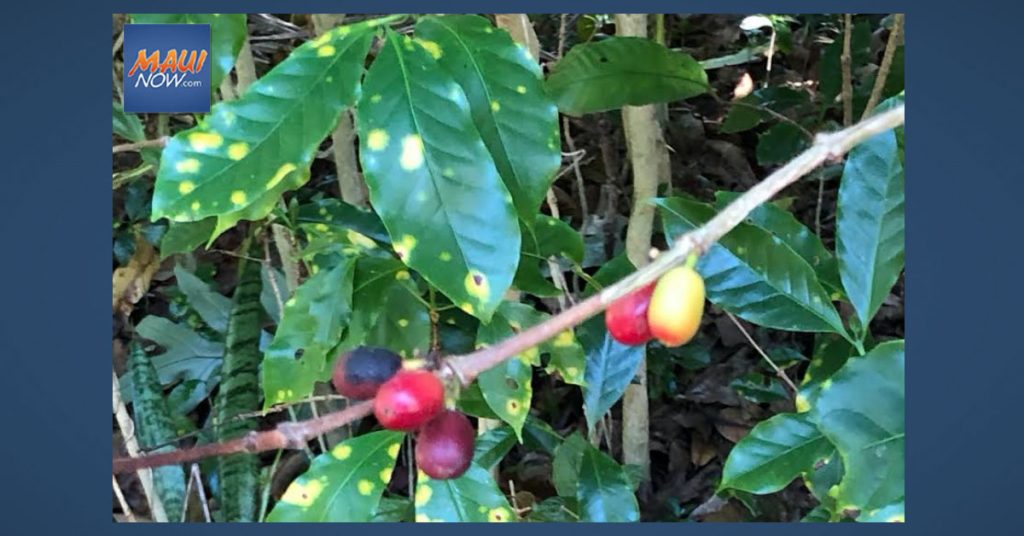 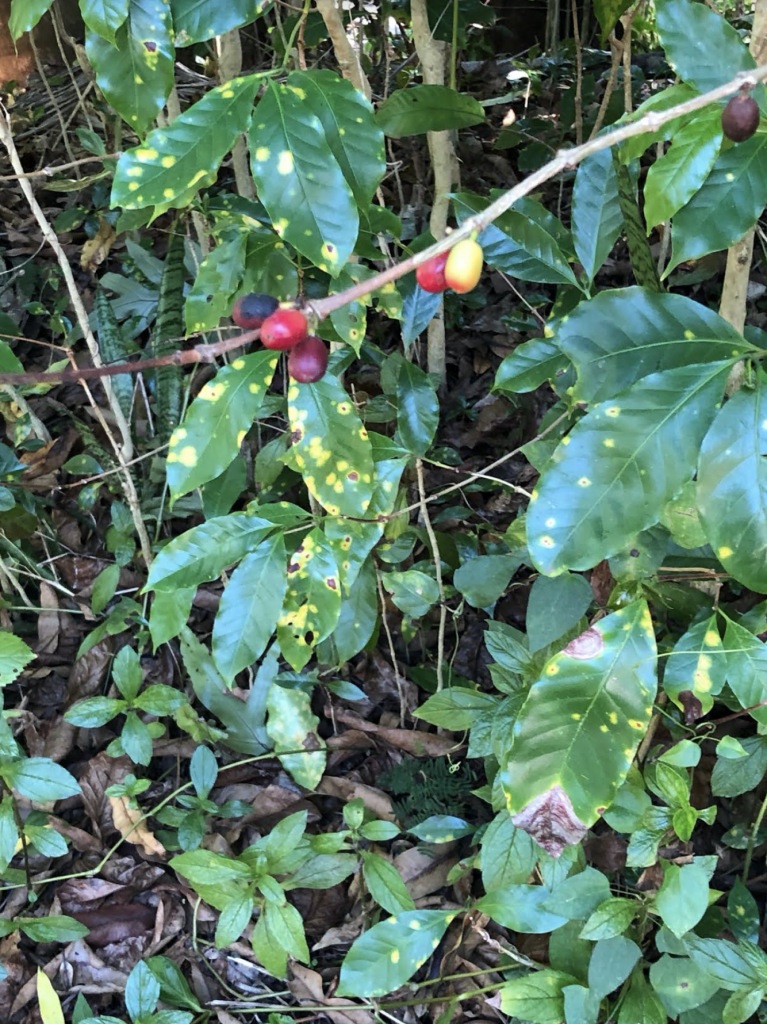 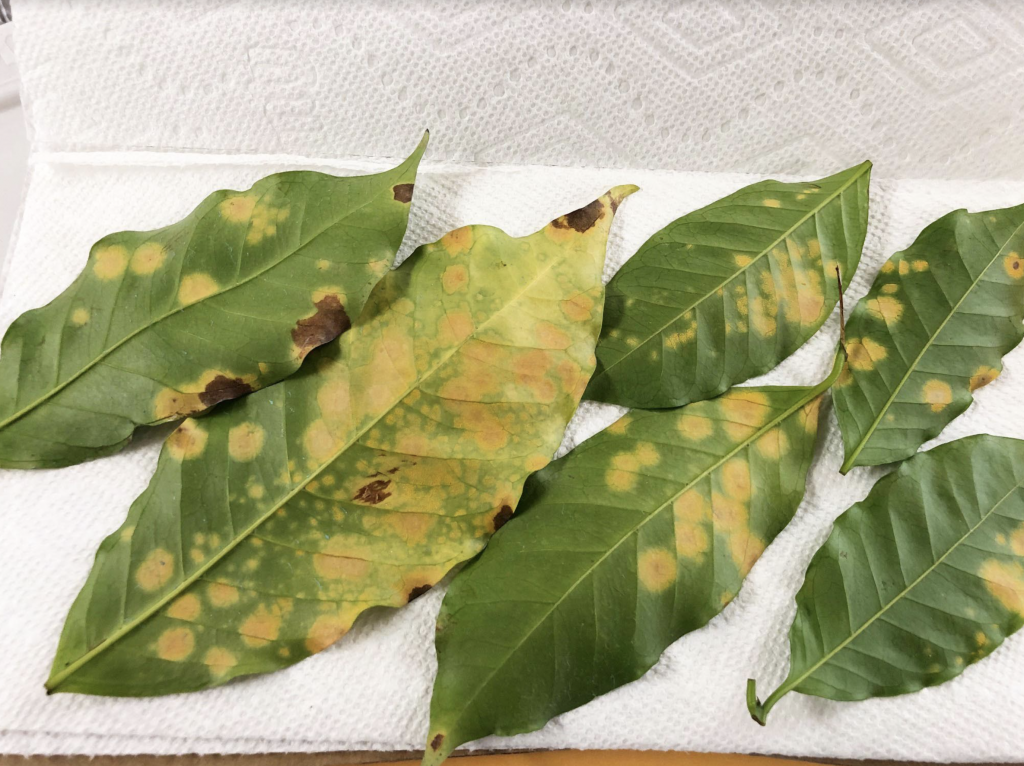 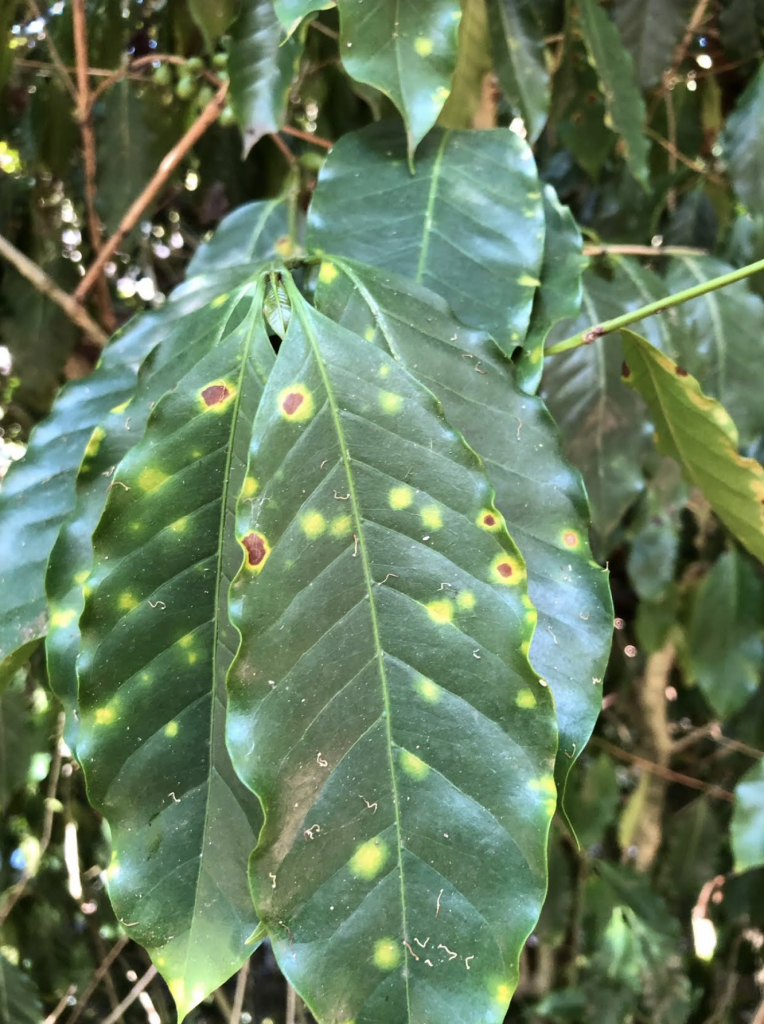 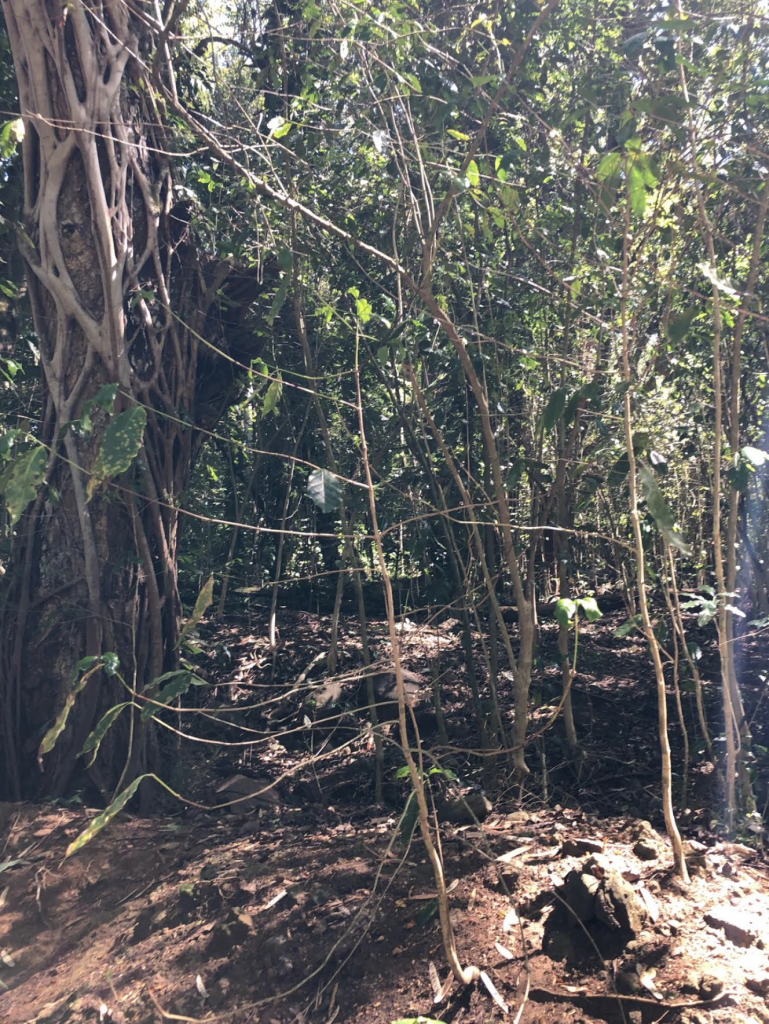 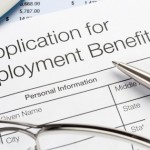 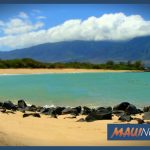