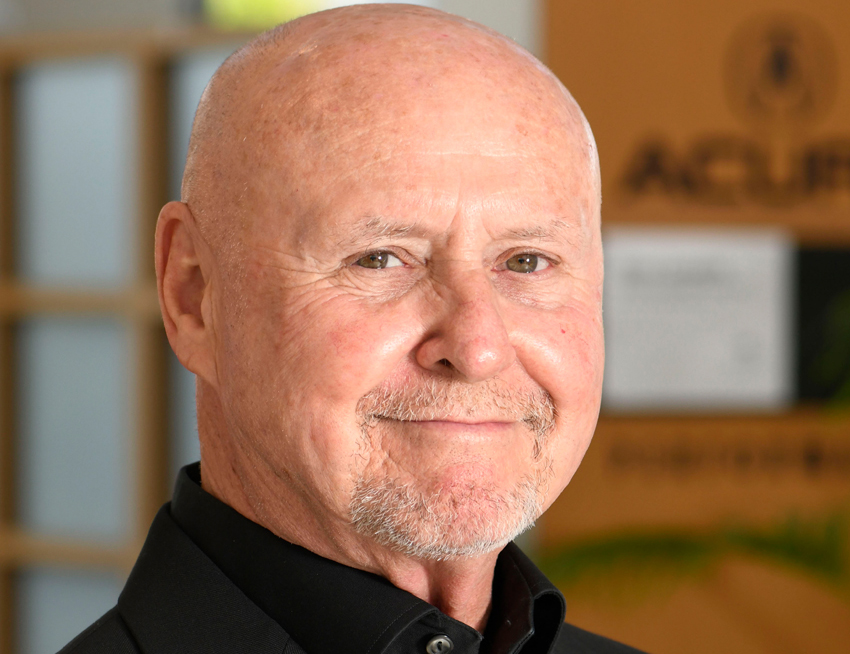 Michael Keppel, president and managing partner at Acura of Maui in Kahului, was nominated for the 2021 TIME Dealer of the Year award.

Keppel is one of 41 nominees from among 16,000 dealers across the country. He will be honored at the 104th annual National Automobile Dealers Association (NADA) Show, which will be held virtually Feb. 9-11, 2021, according to a TIME news release.

The TIME Dealer of the Year award is one of the automobile industry’s most prestigious and highly coveted honors. Recipients are among the nation’s most successful auto dealers who also demonstrate a long-standing commitment to community service.

Keppel, 70, was chosen to represent the Hawaii Automobile Dealers Association in the national competition that is in its 52nd year.

“It has been my extreme pleasure to provide opportunities for advancement to hundreds of employees over the years,” Keppel said. “To watch them grow their careers and their families has been one of the most gratifying experiences of my life.”

Keppel, a 1969 graduate of Midland High School in Midland, Michigan, knew he was a “car guy” at an early age.

“It began when I was about 8 years old, sitting in the back of the family station wagon at the local drive-in, eating my French fries, when a 1930’s Ford roadster in a crazy mint green color pulled in next to us,” he recounted. “It had no top or fenders or hood, but it had chrome wheels and wide whitewall tires. The engine was mostly chrome and very loud and smelly. The driver was a young guy with slicked back hair and a white T-shirt with a pack of cigarettes rolled up in his sleeve.”

Keppel asked his dad about the car and his dad said: “That’s a hot rod, son.” The image, sound and smell of that moment was forever burned into Keppel’s psyche.

Years later, Keppel moved from Midland to Honolulu and was selling cars out of his driveway when a friend told him about a sales opportunity at a Datsun dealership. It was 1979, and his career has since spanned three Hawaiian Islands, where he’s sold everything from Hondas to DeLoreans, and managed six dealer groups. In 2010, he opened his own store, Acura of Maui.

“I am very grateful for the hard work of my employees and the sense of aloha we all have shared,” he said.

Over the years, Keppel has supported many local groups and organizations, including youth sports and high school graduation events. He recently helped a local hospital during the COVID-19 crisis.

“Maui Memorial Medical Center experienced a shortage of personal protective equipment,” he said. “With the help of American Honda, we were able to deliver several cases of face shields to the hospital at the height of the pandemic.”

The announcement of this year’s annual award was made by TIME’s Viktoria Degtar, Global Chief Revenue Officer, and Ally Financial’s Doug Timmerman, president of Auto Finance.

Dealers are nominated by the executives of state and metro dealer associations around the country. The award is sponsored by TIME, a global media brand, in association with Ally Financial, and in cooperation with NADA. A panel of faculty members from the Tauber Institute for Global Operations at the University of Michigan will select one finalist from each of the four NADA regions and one national Dealer of the Year. Three finalists will receive $5,000 for their favorite charities and the winner will receive $10,000 to give to a charity.

In its 10th year as exclusive sponsor, Ally also will recognize dealer nominees and their community efforts by contributing $1,000 to each nominee’s 501(c)3 charity of choice. Nominees will be recognized on AllyDealerHeroes.com, which highlights the philanthropic contributions and achievements of TIME Dealer of the Year nominees.

Keppel was nominated for the TIME Dealer of the Year award by fellow dealers in the Hawaii Automobile Dealers Association. He and his wife Karrie Ross live in Kahului and Honolulu. They have four children and seven grandchildren.