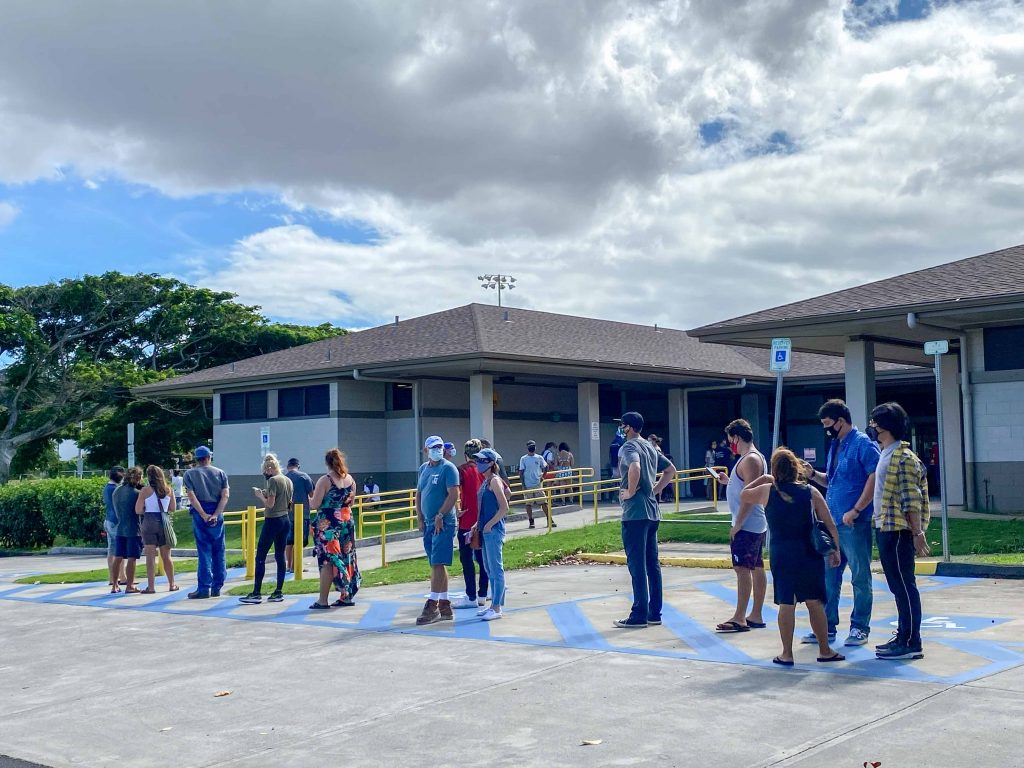 About 130 people were in line midway during Election Day 2020 at the Voting Service Center. Photo Credit: Cammy Clark

It is the highest voter turnout rate in the US since 1900. The State of Hawaiʻi also had a record number of votes cast. Although the final outcome of many national races, including the one for president, were still unknown this morning, the impact of the 2020 election may last decades.

“This represents tremendous civic engagement, and people who vote for the first time tend to stay voters,” said University of Hawaiʻi at Mānoa political science Associate Professor and Public Policy Center Director Colin Moore. “You saw people who haven’t voted in their lifetimes participating in this election, now they’re registered, now they know how to do it. I predict that we’re going to see a bump in overall American turnout and years following this election.”

Moore said it is especially true for young people voting for the first time.

“A close election like this can help them keep participating for the rest of their lives. They see how a few votes can make a difference.”

Though the Democratic Party continued its dominance in Hawaiʻi, the close election nationally shows a country divided along partisan lines.

“This will be a deeply polarized nation for the foreseeable future,” said Moore. “There are two very different visions for this country, and I don’t think it will change anytime soon.”

Moore said the challenge now is creating a functional democracy out of the polarization.

*This story was originally published in UH News