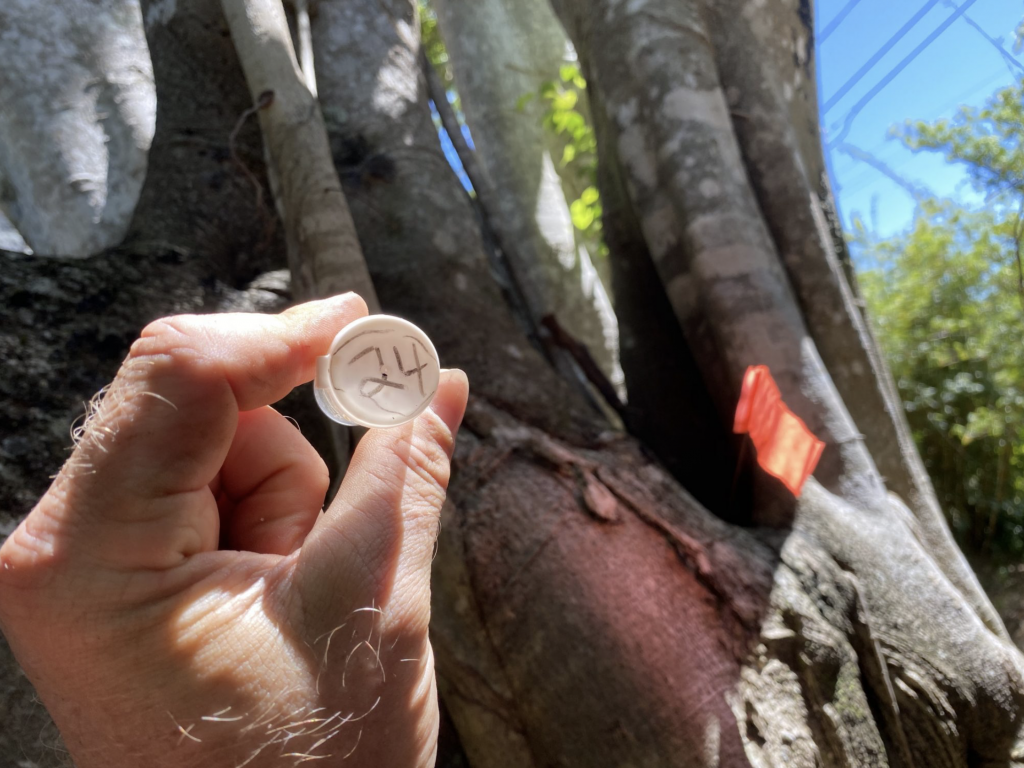 A recently-detected population of little fire ants was confirmed off Kaupakalua Road in Haʻikū, Maui.  The Maui Invasive Species Committee estimates the ants have spread across four acres.

Residents are credited with reporting the pests and say it has led to the detection, confirmation and will result in eradication.

Maui residents Janet Mercer and Patti Hawkins reported the ants to MISC in late September. After several months away they returned to their home to find a new tenant: tiny, orange ants had spread throughout their yard and house. “Initially, Mercer and Hawkins tried to control the ants with liquid ant baits from the hardware store but the ants ignored the household pesticide. The pests however, did not ignore the couple; even inside their home, they were getting stung,” according to MISC.

Invasive species experts say little fire ants form supercolonies by cooperating with each other. They effectively outcompete other ant species and take advantage of all possible habitat, colonizing trees and the ground. While they prefer to be outside, once they are established they start to explore new environments – including those occupied by people, according to MISC.

Hawkins who was bitten by the tiny ants said, “It was like a bee, it kept going for 10-15 minutes or more after it stung. Then they would welt up,” she explained.

Hawkins told MISC that a friend suggested they might be little fire ants and that she should collect and submit a sample. “I put a little peanut butter out there and, wham. I couldn’t believe it. … I came back less than an hour later and the sticks were swarmed.” She brought the sample to an employee with the Maui Invasive Species Committee who confirmed that the ants were indeed the little fire ant.

MISC and the Hawaiʻi Department of Agriculture have surveyed the couple’s home and surrounding properties. The Hawaiʻi Department of Agriculture has done trace-forward testing – looking at places where potted plants or material had been moved from the infested area to see if any ants may have hitchhiked a ride. Based on their findings, the infestation is contained to four acres, but the source of the infestation is not known. Given the spread, it’s likely that ants have been present for several years.

Coincidentally, the infestation was detected just before little fire ant awareness month, an annual event where Hawaiʻi residents are encouraged to collect and submit samples of ants from their homes to find infestation of little fire ants and other invasive ants while they can still be controlled. Community efforts have led to the detection of 11 of 17 known infestations of little fire ants on Maui. Once detected, each infestation is treated for approximately one year, then monitored. There are only eight sites, including Kaupakalua, where little ants are still present and under active control.

“If people keep paying attention, and collecting and reporting suspect ants, we can stop the little fire ant from becoming established on Maui,” says Adam Radford, manager of the Maui Invasive Species Committee. “The Hawaiʻi Department of Agriculture is able to inspect incoming material for LFA and other pests, MISC crews conduct surveys, but public reporting is critical to finding these invasive ant populations and eliminating them.” On Maui, funding from the County of Maui and the Hawaiʻi Invasive Species Council supports control efforts.

Little fire ants have become widespread on Hawaiʻi Island. Animals often leave the areas where ants are established as do hikers and hunters. When little fire ants invade yards and homes, pets can be blinded.

Community efforts are essential to keeping invasive ants from becoming widespread. MISC recommends collecting ants for identification at least one time per year. It only takes a few minutes:

Visit stoptheant.org to find out more information on collecting ant samples of ants and the status of LFA on Maui and throughout the state. Contact MISC with concerns, questions, or reports at 808-573-6472 or [email protected]  Reports can also be submitted through 643PEST.org.