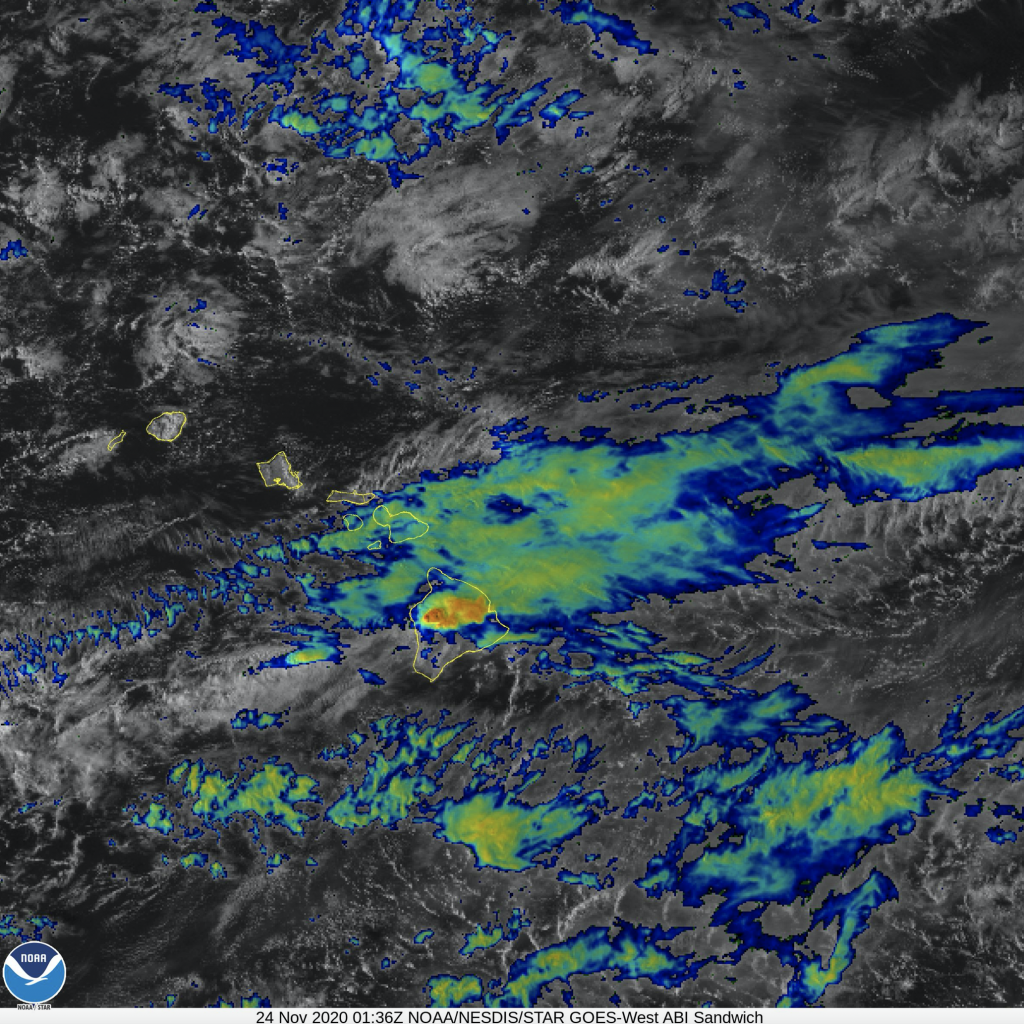 A Flash Flood Watch is in effect for Maui and the Big Island of Hawaiʻi from 6 p.m. on Monday, Nov. 23, through late Tuesday night, Nov. 24.

The National Weather Service says saturated soils along with potentially heavy or persistent rainfall is expected with windward areas to have a greater potential for flooding rainfall.

A Flash Flood Watch means that conditions are favorable for flash flooding. Flash flooding can be life-threatening. Motorists and pedestrians are advised not to cross fast flowing water in a vehicle or on foot.

The public should monitor later forecasts and be prepared to take action if a Flash Flood Warning is issued.

“Recent and persistent rainfall, especially over the east end of the island chain, has caused soils to become saturated and streams to be elevated along windward areas of Maui and the Big Island. An upper trough moving into the area along with abundant low level moisture, creates the potential for flash flooding,” according to the NWS forecast.