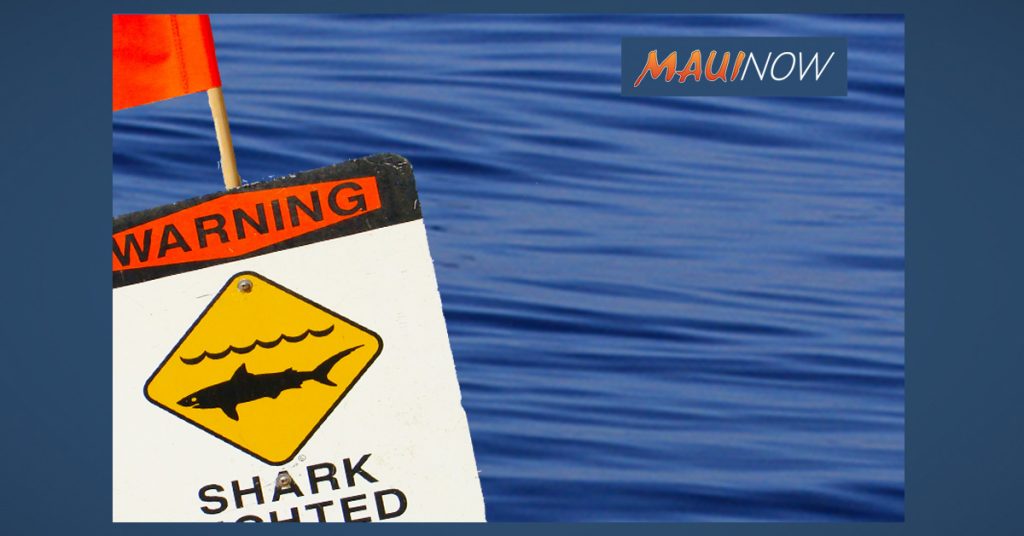 A 35-year-old California woman suffered severe trauma injuries to her front torso in an apparent shark bite incident off of Honokōwai on Thanksgiving Day, according to fire officials.

Fire crews were dispatched to the area at 2:53 p.m. on Thursday, Nov. 26.  Fire officials say the initial report indicated that a 35-year-old woman was possibly drowning and was being brought in to shore by other surfers already on the beach.

When fire crews arrived on scene, they assisted medics in carrying the woman to an ambulance.  She was alert and oriented upon arrival of firefighters.

Warning signs are up on either side of Honokōwai Beach Park in West Maui after an apparent shark bite incident on Thursday afternoon.  Officers from the DLNR Division of Conservation and Resources Enforcement put signs up north from Kahana Village Vacation Rentals and south to Papakea Resort, just north of Kahekili “Airport” Beach.

Ocean Safety units patrolled the area and advised beachgoers to stay out of the water. Recon and patrols will resume in the morning.

DOCARE officers and personnel from the DLNR Division of Aquatics Resources will conduct a further inquiry into the details of the incident. Standard protocol is for warning signs to remain up until noon, the day following an incident, after the waters have been patrolled by county and/or state officials to detect any further shark presence.