MACC to Livestream Events Every Saturday Through January 2021 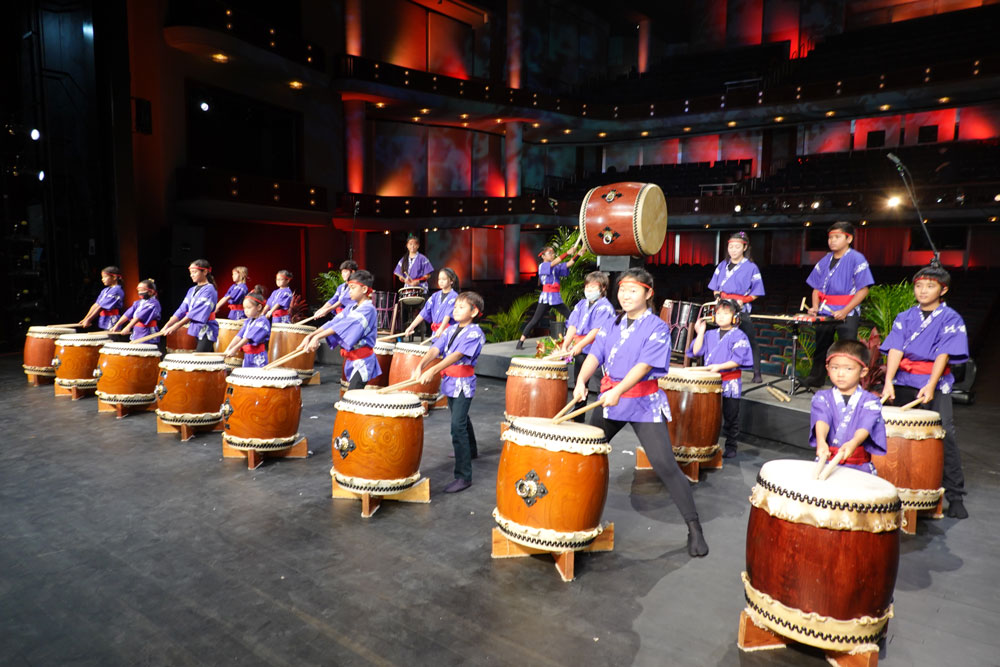 The Maui Arts & Cultural Center will livestream events every Saturday night at 7:30 p.m. through Jan. 30, 2021 for its Live @ the MACC series. The series consists of rock, pop, holiday and Hawaiian music concerts, hula and contemporary dance performances and the visual arts.

The Live @ the MACC series is made possible by the generous support of the County of Maui and the Office of Economic Development. The series is designed to bring much needed opportunities for many of Hawai‘i’s performing artists and art forms, in a combination of live/virtual or safe/live in-person events that meet or exceed all current CDC guidelines.

According to MACC President and CEO Art Vento, “Challenging times require creative solutions. We will continue to address and evolve ways to make the arts available, at the MACC and from the MACC. Whether it be live events in the outdoor A&B Amphitheater such as the drive-in movies and drive-in concerts, or audience free live-steamed events originating from the Castle Theater stage, we will find a way to provide safe and accessible options. With this latest group of shows announced, that is what we offer during these challenging times. If you cannot/should not come to the MACC, the MACC will come to you!”

A MACC Generations concert featuring Pat Simmons Sr. and Pat Simmons Jr., who will perform and talk story together  in this special collaborative concert in an up close and personal setting from the Castle Theater. Pat Simmons Sr. is best  known as a founding member of the rock band The Doobie Brothers, who were among this year’s inductees into the  Rock & Roll Hall of Fame. Simmons wrote and sang many songs for The Doobie Brothers, including South City Midnight  Lady, Dependin’ On You, Echoes of Love, Wheels of Fortune and Black Water, the group’s first #1 record. Pat Simmons Jr.  is an island-style musician offering a diverse blend of American folk-rock, country, blues, and reggae. Pat’s music is  flavored with a traditional Hawaiian influence. He was born on the northern California coast in 1990, but was raised  from age 6 on the north shore of Maui, and grew up with a life full of organic farming, surfing, skateboarding, exploring  the country, and playing music. He also grew up on tour with his father’s band, always joining his dad on stage starting  at the age of two.

Maui’s own Zenshin Daiko returns to the Castle Theater stage in a special, socially-distanced performance. The group is  dedicated to teaching taiko to children and has grown from a small, local taiko group to one that has achieved national and international recognition. Since forming in 1999, Zenshin Daiko has held over 50 performances a year and had its  1,000th gig last year.

Behind the Curtain: Mālama I Ke Ahi, Hālau Kekuaokalā`au`ala`Iliahi

Founded in 2004, Hālau Kekuaokalā`au`ala`Iliahi has brought many honors, awards and much grace to the Maui Nui  community under the artistic vision of Nā Kumu Hula `Iliahi & Haunani Paredes. Viewers can tune in to Mālama I Ke  Ahi, a special performance and talk story from the Castle Theater as they share their return to their teachings and source of knowledge, Loea Hula Aunty Pat Namaka Bacon and the beauty that nurtures their creativity and demand for  perfection.

The perennial favorite from The Maui Pops, their popular Holiday Pops concert, goes virtual this year. Members of the  Pops reassemble in the Castle Theater, socially distanced to continue their annual tradition and perform, under the baton of music director James Durham, many favorites including White Christmas, The Christmas Song, Winter  Wonderland and Mele Kalikimaka, among many others.

Bringing their classical artistry to the MACC, Ignace Jang, violin and Jonathan Korth, piano, two of Hawai‘i’s most noted classical musicians come together for a joint concert. Taking place on the Castle Theater stage, this special concert  includes works by Vivaldi, Mozart, Aram Khachaturian, Astor Piazzolla and Atilio Stampone. Ignace “Iggy” Jang serves as  concertmaster of the Hawai‘i Symphony Orchestra. His playing has received praise in the United States, Europe, and Asia  for its excellent sense of style, impressive musicianship, and uniquely beautiful timbre. Pianist Jonathan Korth enjoys a  multifaceted career as a performer and professor, working with young musicians at the University of Hawaii at Mānoa  since 2008. He has performed across Asia, the United States, and Europe, with recent concerts in Bangkok, Beijing,  Chicago, Shanghai, Seoul, and Tokyo and locally with the Honolulu Chamber Music Series, Hawaiʻi Concert Society,  Chamber Music Hawaiʻi, Hawaiʻi Symphony Orchestra, and faculty concerts at UH Mānoa.

Gypsy Pacific is a vibrant gypsy-jazz band based on the island of Maui with guitarists Tom Conway, Phil Benoit, violinist  Willy Wainwright and bassist Marcus Johnson. They have been performing and recording in Hawai‘i for nearly 20 years.

The band was formed when Tom Conway and Willy Wainwright, with their love for gypsy-jazz music, started sharing  ideas and brought in bassist Marcus Johnson, then later Phil Benoit on rhythm guitar to form a powerhouse of a band.  The idea has been, and continues to be, to bring their own approach to gypsy-jazz with traditional and original music and  an island flair. Notable performances have been with Willie Nelson, David Benoit, Larry Coryell and more.

Behind the Curtain: The Permanent Art & Craft Collection at the MACC.

Departing from the schedule of performances, the livestream this night will be a premiere of a special film that  showcases the permanent art & craft collection at the MACC. The dedicated spaces within the MACC complex were  carefully designed to integrate architecture with public works of art that define what the institution is as a gathering  place for the community. The collection includes traditional fine arts, traditional “building crafts”, contemporary crafts,  and cultural art forms. Featured artists and craftspeople include George Allan, Deybra Fair, Pat Hickman, Ben  Kikuyama, Bill Little, Peter Sinenci, Lonny Tomono, and Tony Walholm. Kumu hula and former MACC Cultural Director  Hōkύlani Holt is also featured discussing the Pā hula mound and the foundations of Hawaiian culture.

“The MACC still remains closed to the public on a daily basis and guidelines dictate that this will continue for the foreseeable future. The Maui Arts & Cultural Center is still experiencing an extended “intermission” but remains  committed that – When it CAN happen SAFELY on Maui, it WILL happen at the MACC.”

For more information log on to MauiArts.org or call the MACC Box Office Tuesday through Friday, 10 a.m. to 4 p.m.