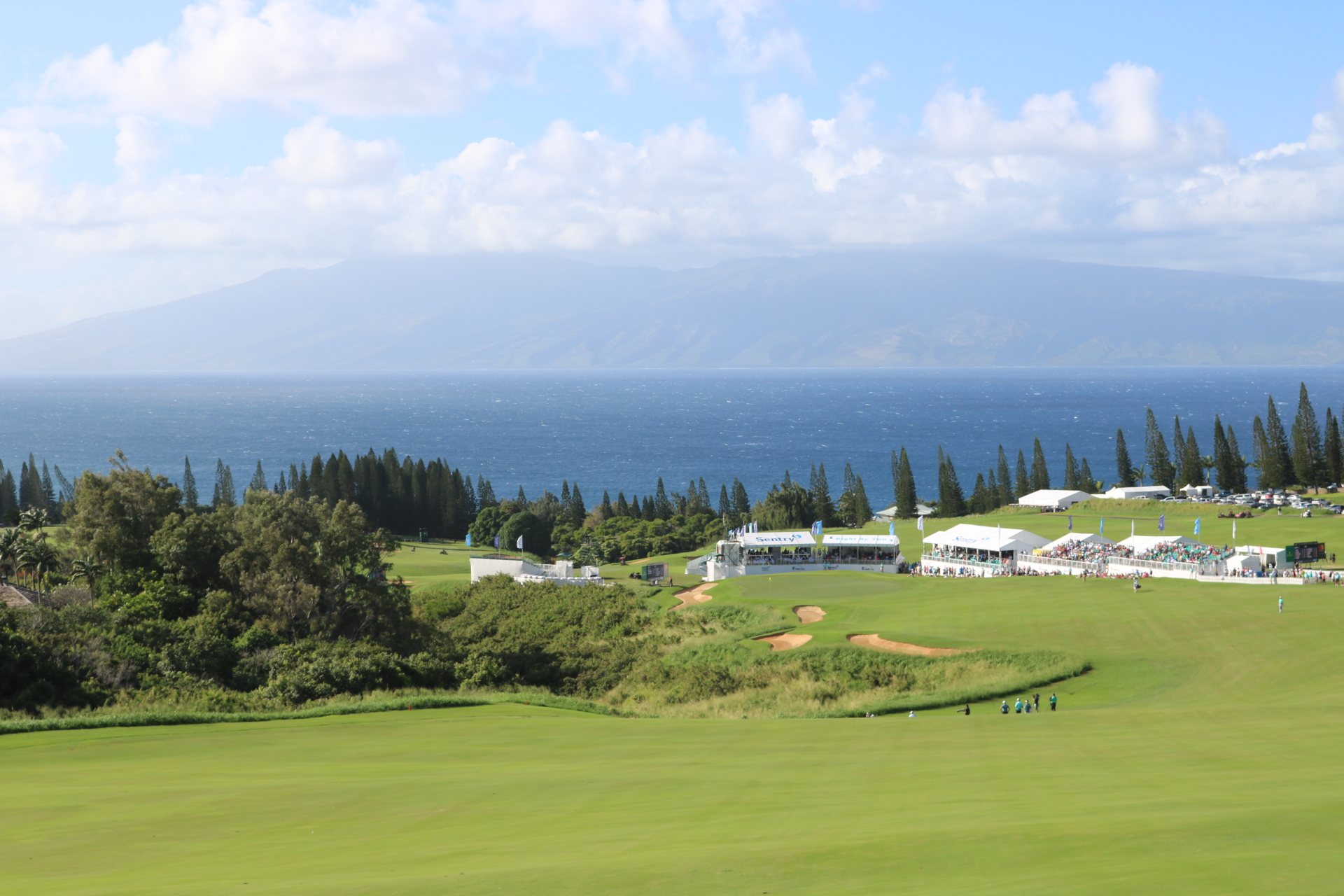 The upcoming 2021 Sentry Tournament of Champions will be held Jan. 6-10 at The Plantation Course on Maui. File photo credit: Kapalua Golf.

Abraham Ancer, Tony Finau, Lanto Griffin and Scottie Scheffler have committed to play in the 2021 Sentry Tournament of Champions when the limited-field event returns to The Plantation Course at Kapalua from Jan. 6-10.

Even without a victory this calendar year, the players are among the 17 players who are eligible for the event after advancing to the 2020 TOUR Championship. The additional eligibility category for the 2021 event was created due to the PGA TOUR’s changes to the professional golf calendar as a result of the COVID-19 pandemic.

There are 28 players who have qualified for the 2021 event courtesy of their PGA TOUR victories this calendar year, including six first timers.

During 2020, Ancer earned three top-5 finishes (runner-up at The American Express and RBC Heritage tournaments) and eight top-25s in 20 events. Ancer, who is still in search of his first PGA TOUR victory, made his third consecutive appearance in the FedExCup Playoffs and advanced to the TOUR Championship for the second consecutive season, tying Griffin for No. 18 in the final FedExCup standings. The 2021 event will mark the 29-year-old’s first trip to Maui and The Plantation Course at Kapalua.

Utah native Finau captured eight top-10 finishes and 10 top-25s during 21 events in 2020. The 31-year-old finished runner-up at the Waste Management Phoenix Open after Webb Simpson birdied the first playoff hole to win. The 2020 FedExCup Playoffs marked his sixth appearance in as many seasons as a PGA TOUR member. Finau advanced to the TOUR Championship for the fourth consecutive season and finished No. 17 in the FedExCup standings. Finau’s first appearance at The Plantation Course at Kapalua came in 2017 (T9) after winning the 2016 Puerto Rico Open.

After making his Sentry Tournament of Champions debut in 2020, Griffin will return in 2021 after earning four top-10s and 10 top-25s in 25 events during 2020. The 2020 FedExCup Playoffs marked his first career appearance, where he advanced to the TOUR Championship and finished the season tied with Ancer at No. 18 in the final standings. The 32-year-old’s victory at the 2019 Vivint Houston Open qualified him for his first trip to Kapalua earlier this year, where he finished 13th.

The 2020 PGA TOUR Rookie of the Year, Scheffler collected four top-10 finishes and 10 top-25s in 22 events in 2020. The 24-year-old’s best finish came at The American Express (3rd), followed by T4 finishes at the PGA Championship and The Northern Trust. Scheffler finished his rookie season at No. 5 in the FedExCup standings as one of eight TOUR rookies to qualify for the FedExCup Playoffs and one of two to advance to the TOUR Championship. The 2021 Sentry Tournament of Champions marks Scheffler’s first appearance at The Plantation Course at Kapalua.

For more information about the Sentry Tournament of Champions, please visit SentryTournamentOfChampions.com. Fans are encourage