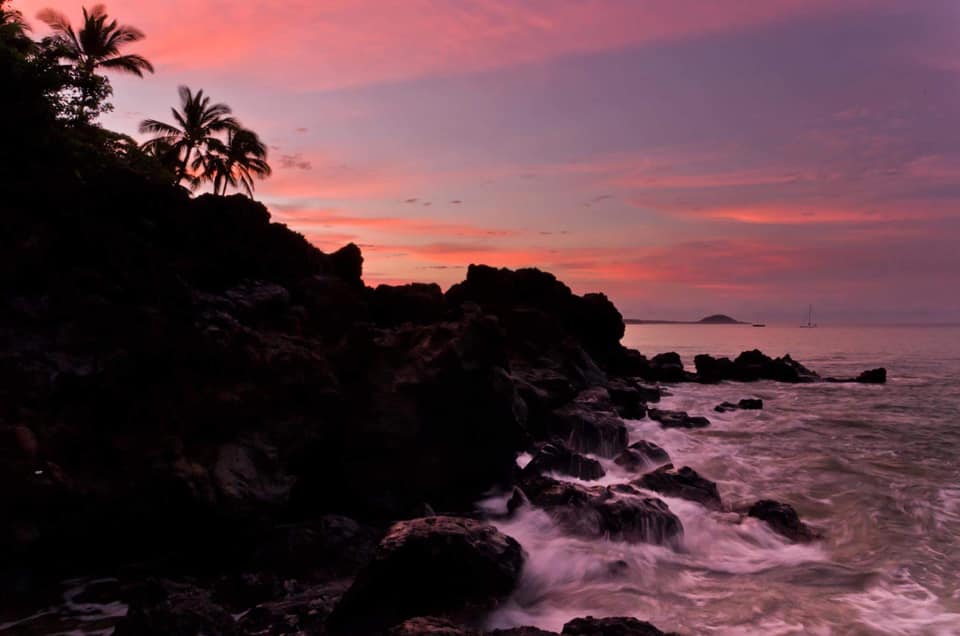 Long-period energy from an incoming west-northwest swell has arrived to Kauai and Oahu and should reach Maui later this morning. This swell is expected to peak later today with an 18 second period and surf potentially approaching warning level along exposed north and west facing shores. The more westerly direction of this swell will allow west facing shores of the Big Island to experience high surf as well, likely by this afternoon. Swell and surf will lower gradually Sunday and Monday, then become rather small for this time of year on Tuesday and Wednesday.

Trades will strengthen this weekend, resulting in rough, short- period surf. An HSA is now in effect for exposed east facing shores and may need to be extended as strong trades persist for several days.

Small, mainly background, southerly swells are expected over the next several days. A small bump in south-southwest surf is expected to gradually fill in Monday, peak Monday night and Tuesday, then lower Wednesday through Thursday.