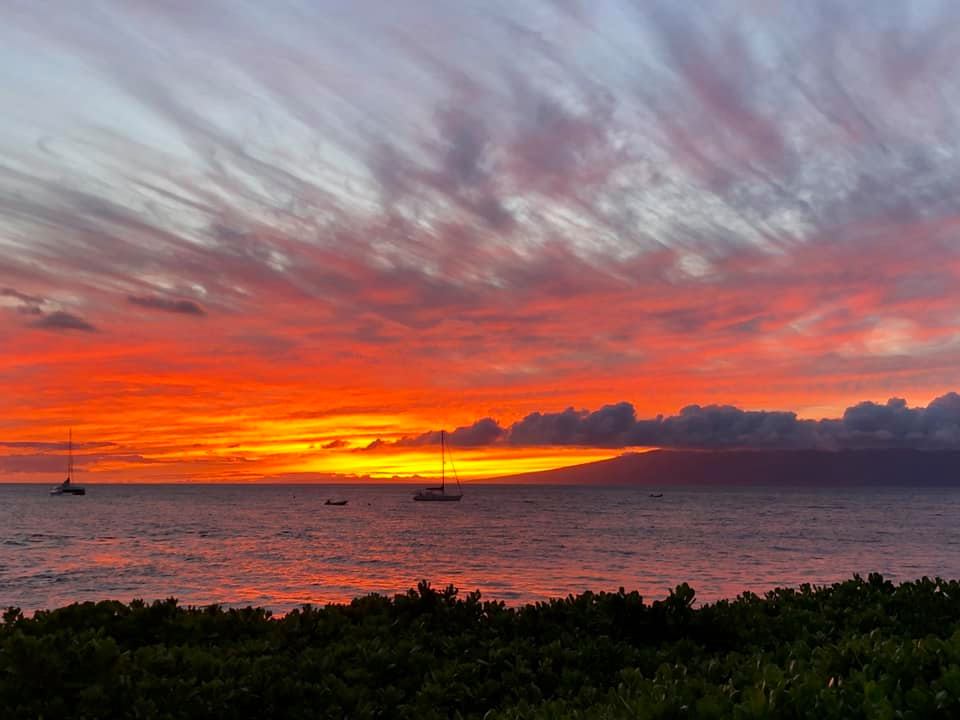 North and west-facing shore surf, in association with near 6 foot 15 second northwest swell energy passing around the islands today, will peak just below High Surf Advisory levels. Northern and western exposed shoreline surf will begin to slowly subside Sunday through Monday. A series of small, northerly swells will continue to fill in through early next week. Models are timing the next large northwest swell on Wednesday and Thursday that, if it does come to fruition, will produce XL surf.

Strong trades that have recently generated high easterly swell have weakened enough to allow east-facing shoreline surf to fall below advisory levels. Eastern exposed shore surf will continue to slowly decline as trades ease over the weekend and into early next week. Small background south swell will continue to produce seasonable low southern-facing shore surf the next several days.

Conditions: Sideshore texture/chop with E winds 25-30mph in the morning decreasing to 20-25mph in the afternoon.