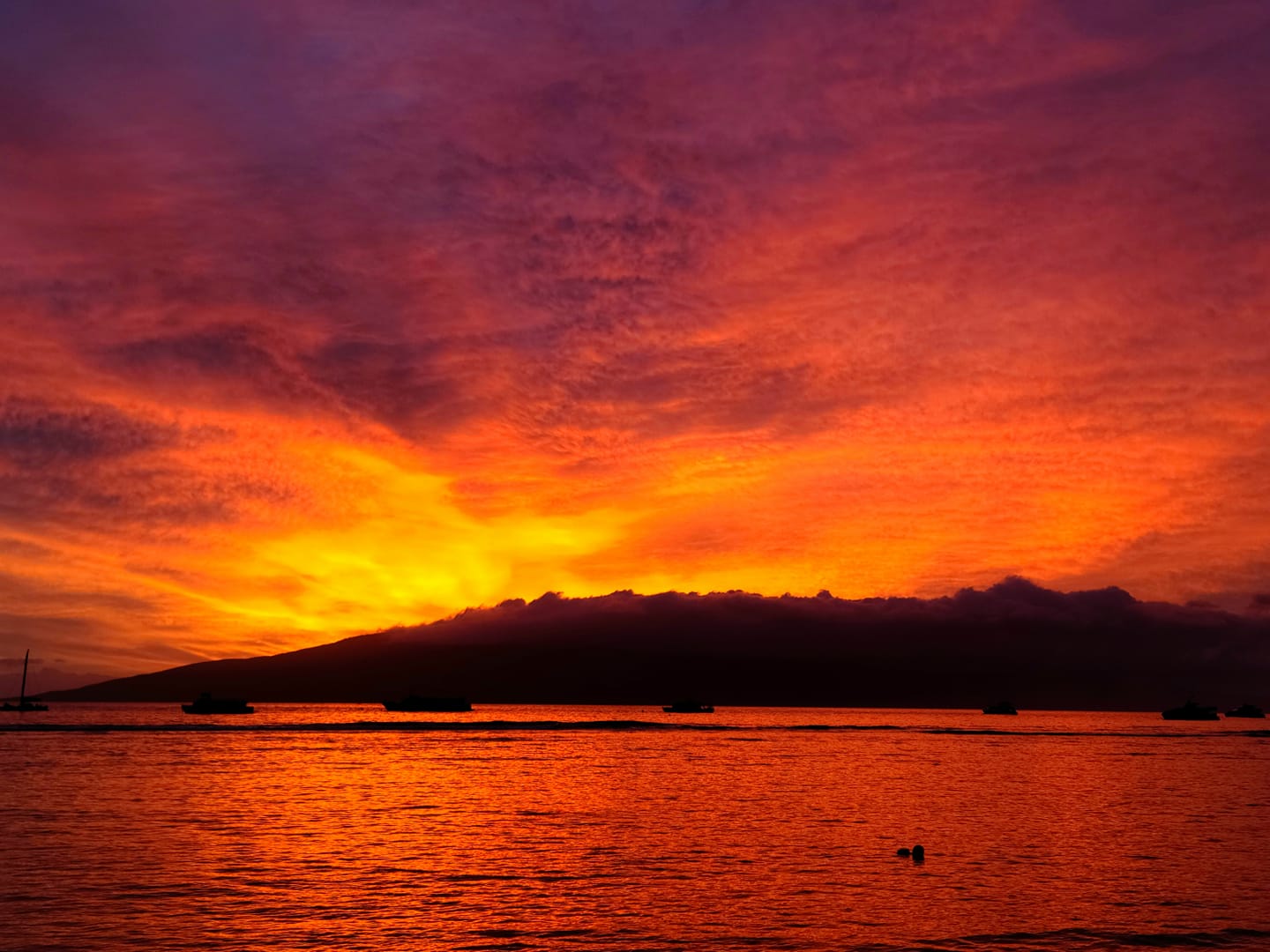 A large north-northwest swell will fill in today, then shift more out of the north and continue to build through the weekend as the wave period increases. This fairly long-lived, large north swell will quickly build surf heights today and reach well above warning level surf along north facing shores, and holding through this weekend. As the swell becomes more northerly (360) tonight and Sunday, high surf will also affect north shores of the Big Island. High tide early today and Sunday could lead to wave runup in some coastal areas. This swell will also lead to significant harbor surges in both Kahului and Hilo harbors. A Marine Weather Statement continues for those hazards.

Expect minimal surf along east facing shores today with some increase later this weekend as the large north-northwest swell turns more northerly, allowing some swell energy to wrap around the east sides of the islands. Surf along south facing shores will rise slightly over the weekend and early next week due to locally-generated wind waves, as well as a small, long-period south swell beginning Monday.

Surf: Waist to chest high NNW wind swell for the morning with occasional shoulder sets. This builds to head high for the afternoon.

Conditions: Choppy/disorganized with W winds 10-15mph in the morning shifting SW for the afternoon.

Conditions: Semi glassy/semi bumpy in the morning with WNW winds less than 5mph. Bumpy/semi bumpy conditions for the afternoon with the winds shifting SW 5-10mph.

Surf: Waist to stomach high N wind swell in the morning builds in the afternoon with occasional sets up to head high.

Conditions: Choppy/disorganized with W winds 10-15mph in the morning shifting SW for the afternoon.