The Island Dodge dealership on Maui is among the list of 789 dealers that could be cut under a restructuring plan filed by Chrysler today.Â  The dealers included on the list represent 14 percent of the company’s sales volume. 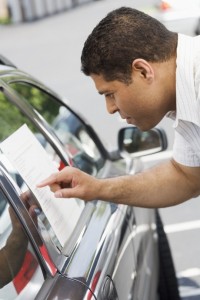 Subject to court approval, the dealers would discontinue the sale of Dodge, Chrysler or Jeep vehicles on or about June 9th.Â  The Island Dodge dealership is run by Kitagawa Motors on South Hana Highway and carries brands other than those under the Chrysler branding and also has a used car division.

The diversity leaves the door open for the company to continue auto sales, but the business has yet to confirm restructure plans with Chrysler.

Chrysler filed for Chapter 11 Bankruptcy in April that calls for an alliance with Fiat. Â The list of dealers was released by the U.S. Bankruptcy Court in Honolulu today.Â  The court document can be found at the following link:Â  http://www.chryslerrestructuring.com/CHR/Rej%20Mtn%20-%20Docket%20No%20%20780.pdf