Wells Fargo Bank submitted the highest bid today at the court-ordered public foreclosure auction of the Makena Beach & Golf Resort.  Wells Fargo Bank is the trustee for the mortgage lending trust that foreclosed on the property last year. It’s bid was for $55 million. 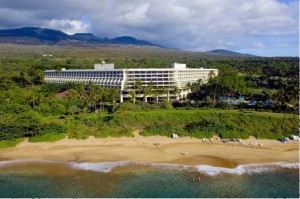 The lending trust is owed more than $192.5 million in principal plus interest and other costs on its mortgage loan, but did not have to bid more at the auction because the highest competing bid was $50 million. There were a total of two bidders.

Real estate developer and broker Christopher Lau, the commissioner appointed by the court, conducted the auction and the sale now moves to a confirmation hearing before Second Circuit Judge Shackley F. Raffetto.

Mr. Lau explained, “There was a huge amount of interest in the property. I spent hundreds of hours these past few months introducing potential investors from all over the world to the property. In the end, though, the economy remains uncertain and in this environment no one was prepared to bid anything close to what the mortgage lender is owed.”  The mortgage loan represented a fraction of the over $400 Million of total debt that the current owners had taken out to acquire and develop the property.

“Makena is a special place and we are committed to a smooth transition to stable new ownership,” said Barry Sullivan, attorney for the mortgage lender. “As we said when this process started, The Makena Beach & Golf Resort will remain open and the community can count on that fact.”

Willie Kennison, Maui director for the ILWU that represents the majority of employees at the Resort, responded to the news today saying, “They reached out to us from the start of this entire process and we appreciate that they are committed to Makena just as we are.”

In September 2009, a court-appointed receiver, Miles Furutani, was installed to oversee the property, and Benchmark Hospitality International took over operations.  New activities that have been introduced include “Makena Vista”, an outdoor event space, horseback riding at “Makena Ranch,” and updated restaurants, including “Zen-Zen”.

“Our occupancy has nearly doubled from a year ago and we are looking forward to a very strong summer season,” said Kelly Lewis, the resort’s general manager.  “Our group and individual business has shown strength across the board. The Resort is open for business, will stay open for business, and we look forward to welcoming kama`aina and guests from around the world to this truly special place,” said Lewis.

The Makena Beach & Golf Resort, formerly known as the Maui Prince Hotel, is a 310-room hotel on 1,800 acres located on the southwestern coast of Maui. It was owned by a joint venture between affiliates of Everett Dowling and a Morgan Stanley real estate fund. The mortgage lender began foreclosure on the property in August of 2009.

A date has not yet been set for the court confirmation hearing but is expected within the next 45 days.

Maui County Hurricane and Tsunami evacuation survey to be released