The County of Maui reached a settlement with two community groups in a lawsuit over the planned Waiale Water Treatment Plant in Wailuku.  The county agreed to pull its acceptance of the project’s Environmental Impact Statement because water for the facility would come from streams that are under dispute in an ongoing water rights case.

Earthjustice filed the EIS challenge on behalf of Hui o Na Wai ‘Eha and the Maui Tomorrow Foundation, Inc., on June 21, 2010, seeking to invalidate the EIS and prevent the project from moving forward. 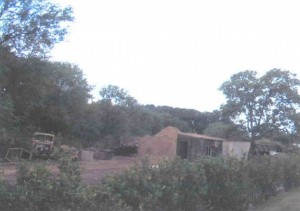 In a joint press release issued today, the parities acknowledged that up to 9 million gallons of water per day would have been drawn from Waihe’e River, one of “The Four Great Waters” that make up Na Wai ‘Eha.  Alexander & Baldwin proposed to build the plant and deliver water through a ditch system owned by A&B’s Hawaiian Commercial & Sugar Co., and Wailuku Water Company.

“Because the Water Commission’s decision directly affects the proposed Wai‘ale plant, we have agreed to revisit the EIS,” said Maui County Mayor Charmaine Tavares in the press release.  “We look forward to working cooperatively with Hui o Na Wai ‘Eha, Maui Tomorrow, Alexander & Baldwin, and other stakeholders in resolving critical issues affecting the environment and the public water supply,” she said.

“We are glad the County agreed to resolve this case amicably and sees the need to carefully examine the costs and benefits of this proposal,” said Hui o Na Wai ‘Eha President John Duey.  “Streamflows are a public trust that deserve to be treated with maximum transparency and respect,” Duey said.

When the suit was filed last month, A&B Properties Vice President Grant Chun had said the company was being cooperative with local government to meet community needs.  He said the facility was designed to help meet midterm water source needs sooner rather than later.  The press release on the joint settlement did not include comments from A&B or its subsidiary representatives.