A&B Properties has filed an EIS Preparation Notice with the state for the proposed Waiale community development.  The project calls for the development of 2,550 residential units on approximately 545 acres of land south of Wailuku and Kahului.  The property is adjacent to Maui Lani and Waikapu with the Kuihelani Highway forming the eastern boundary of the property. 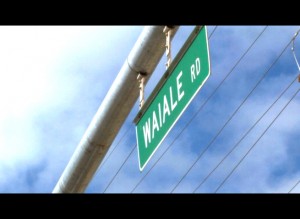 Other plans for Waiale include a middle school, a regional park, and a regional community center.  The 30 day public comment period of the document began on Friday, October 8, 2010.

The southern portion of the site was previously cultivated for sugar production by the Hawaiian Commercial & Sugar Company.  Production ended in 2005, and fallowed sugar cane fields currently exist on the property south of Waiko Road.  A portion of the lands north of Waiko Road was previously mechanically cultivated as a turf sod farm.  Other portions of the area have been utilized for sand mining with the balance used for cattle and horse grazing and cattle feed lot.

Developers say the Waiale project would assist in providing relief to the current overall shortage of housing on Maui, while also providing employment opportunities during and after its development.