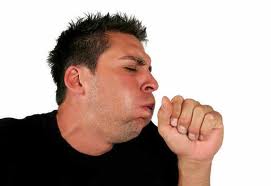 Whooping Cough is on the rise, not only on the mainland but also here in Maui.  This contagious bacterial infection puts infants who have not completed their full series of vaccinations, at risk, along with children, people who have not been vaccinated, and senior citizens who often develop serious complications.

What is Whooping Cough?

Whooping Cough is an infection in the respiratory system which is caused by the bacteria Bordetella Pertussis.  It starts out as a cold, accompanied by a runny nose, fever and a slight cough. These symptoms hang on for several weeks, and an irritating, urgent, dry cough develops. Often the coughing is so intense that the sufferer has difficulty breathing, and gasps for air.  Babies and children are at risk because their respiratory systems are immature and can’t sustain 10 to 15 coughs without having difficulty breathing.   This disease affects people of every age.

We have a Vaccine, so Why are We having an Outbreak?

The vaccine works well and for years there were no reported cases of Whooping Cough.  However, the vaccine is strong for only about three years, and older children (11 pr 12 years of age) must get the T-dap booster shot.   People who fear that there is a link between Autism and vaccinations, have not been getting their children the booster shots, or are waiting to do so, and their immune systems are being compromised.  Adults between the ages of 20 and 64 should also get the vaccine booster.

To What Degree is Maui Affected by Whooping Cough?

Maui health officials have seen an increase in the number of cases of this preventable disease.  The numbers for Maui County have increased from 6 cases in 2009 as compared to 21 cases this year.  The entire state of Hawaii’s numbers went up from 26 to 52, and they are climbing.  Opinions vary as to the cause of this increase.  More testing for this disease is now being done, and therefore undetected cases are now recorded.  Also, since Maui gets a large number of visitors from the mainland, where an outbreak has occurred; the chances that this disease is being spread by those who have not had a vaccination, or booster, is very likely.

How Do We Make  Whooping Cough  Go Away and Stay Away?

Scientists have done their job and have created a vaccine that works and prevents this suffering.  Parents, Health Care Workers, Senior Citizens, and responsible proactive adults of every age need to remember that the Whooping Cough Vaccine is only strong for a few years.  A Booster is required every ten years or even sooner. 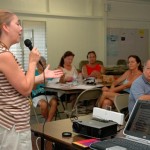