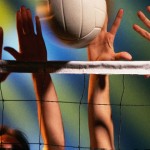 The victory avenged a heart-breaking five-set loss to the Bears just last week in the semifinals of the MIL D-I tournament.

That means Kekaulike will join overall champion Kamehameha-Maui in the state D-I event that begins next Wednesday on the Valley Isle, with matches to be staged at the Kekaulike and Kamehameha gyms.

The state D-II tourney will be held on Oahu, with Molokai and Seabury Hall representing the MIL in that event.

Molokai is ranked third and Kamehameha-Maui seventh in the most recent Star-Advertiser state poll.

There will be no Friday Night Lights in football this week. Instead, both of the scheduled MIL games will be held on Saturday.

In a 2:30 game, Division-II champion Lahainaluna will play host to Kekualike on the new rug at The Imu. At 7 p.m., Maui High will celebrate homecoming against D-I champion and arch-rival Baldwin. 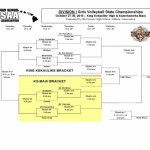