Pacific Radio Group’s KPOA 93.5 FM celebrates 26 years of Hawaiian music on the radio, in a trip to Las Vegas with broadcasts live and direct from the California Hotel this week.   In this segment, KPOA Morning Goddess, Alakai Paleka interviews Hawaiian falsetto prodigy, Kaulike Pescaia who we first met at the 2010 Richard Hoopii Falsetto Contest.  Kaulike was too young to compete, and also too young to win a trip to Vegas, but his singing earned him a free trip for his parents, who in turn purchased his trip.  He celebrates with KPOA on air and on line in this special performance live and direct from Hawaii’s 9th Isle, Las Vegas. 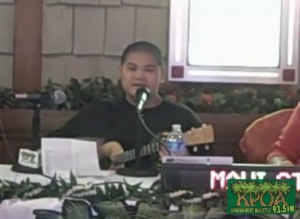 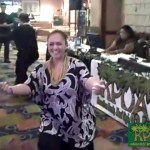 I Alii No Oe - Happy 26 Birthday KPOA - Hula and Hoopii 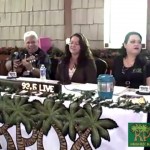