The County of Maui Department of Housing and Human concerns has accepted the Final Environmental impact statement for the planned ‘Ohana Kai Village Affordable Housing project in Maalaea. 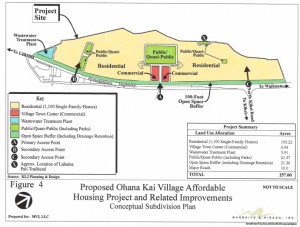 The proposed subdivision is planned on 257 acres of land and would contain approximately 1,100 affordably priced single family units.  The project site is bordered on the east by the Honoapiilani Highway, beyond which lies the Maalaea Triangle commercial complex. To the south of the project area, is the Maalaea Small Boat Harbor, to the north is agricultural lands, and to the west is state Conservation District lands.

Applicant Jesse Spencer of MVI, LLC plans to develop a private drinking water system consisting of three production wells and two storage tanks on a portion of a neighboring property.

The proposed project would still require several land use entitlement approvals to proceed.  If permits and approvals are granted, the developer anticipates development to occur over an eight year, multi-phase time frame. 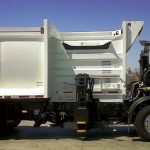