Molokai High lived up to its No. 2 seed by sweeping St. Francis 25-16, 25-13, 25-19 last night and advanced to the semifinals of the state Division-II girls’ volleyball tournament on Oahu. 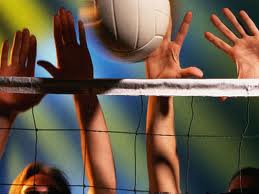 The Lady Farmers were led by Kalei Adolpho’s 12 kills and Kailana Ritte-Camara contributed 10.

Molokai will face Hawaii Baptist tonight in a 7 o’clock match at Kalani High.