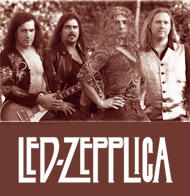 Who wouldn’t love to stand 5 feet away from Jimmy Page as he rips a guitar solo?

If you are a Led  Zepplin fan, you can catch the next best thing Friday night in Kihei.

Led Zepplica is a locally and globally celebrated band. They are touted as “not just a Led Zepplin cover band, but a perfect Led Zepplin replica.”

For one night only, you can catch them on island before they depart for a string of stadium shows across the world.

The band will be performing one of their world famous sets at Stella Blues, a Kihei cafe famed for its sound system and great live shows.

You can expect to dance, sing along, and get elevated as the high-energy troupe rallies up the crowd with music so classic it’s nearly orchestral.

“I never miss Led Zepplica,” said local, Jeffrey Price. “I’m a huge Zepplin fan, and I’ve never heard a cover band do them justice before. Joe sings it just like Robert Plant! He’s got the tone, the stage presence, even the hair! It’s awesome!”

Joe Retta is the lead singer of Zepplica. His unworldly voice morphs and mimics all manner of famous pipes (including vocal monsters like Freddie Mercury), but Robert Plant is his specialty. A true master of mimicry, he morphs and completely embodies the spirit of Plant. 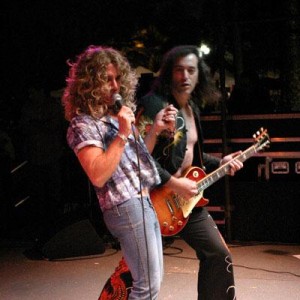 He is equally matched by the musical mastership of his compatriots Lenny Mann on guitar (playing the role of Jimmy Page), Stan Taylor on bass and keys (filling the shoes of  John Paul Jones), and Darryl Johnson on drums (a veritable John Bonham).

“They’re just so much fun to watch, and man, they get you singing along! You feel like it’s a time warp back to the 60’s, and you’re catching Zepplin before they blew up and became legends.” said Price.

Always known as the place to go for great food and fantastic music, Stella Blues serves Americana cuisine from 7:30 am to 11 pm. Their full menu can be found at www.stellablues.com

It’s not often you get to see a band this impeccable up close and personal. Be sure to catch them before they fly away!

Quick witted comedy coming your way, tonight at the MACC