How Healthy is Hawaii? Ranking Your Enviornment 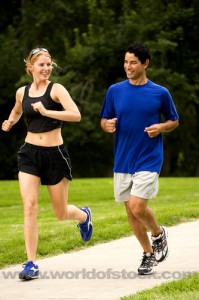 There is no doubt Hawaii is one of the most beautiful states in the U.S., filled with long stretches of white sand, crystal blue water and palm trees gently swaying in the wind. But what about the health of the people who live here? Thanks to a recent edition of America’s Health Rankings, the overall health of the state is ranked fairly high as well. In fact, Hawaii is considered the fourth healthiest state in the country! check out these stats about the health of the people who call the Aloha State home.

Hawaii ranked number one in three of the core factors that measure the overall health of the state; public health funding, preventable hospitalizations and air pollution. Despite concerns about VOG, pollution caused by volcanic emissions, in some areas of the state, Hawaii came in first across the country for air pollution exposure. It also led the pack in public health funding (at $220 per person) and a low rate of preventable hospitalizations.

The state also features a relatively low incidence of cardiovascular disease and cancer deaths, perhaps in part to its low prevalence of risk factors like obesity and smoking, which stands in fifth place across the country. Access to primary care physicians is also good, with a doctor available for every 149.4 patients on the islands. The majority of island residents also have health insurance, with the uninsured population hovering at about 7.7%.

While Hawaii dropped from the number one status in 2008 to the number four place in 2009, the state has seen improvements in some area. For example, the incidence of infectious disease has dropped nearly 30% in the state, while the number of people receiving immunizations has grown by 8%. The number of children living in poverty has also dropped by 44% since 1990, ensuring more children have access to nutritious food, schooling and health care.

Concerns to be Addressed

Despite the stellar numbers and ranking for most of Hawaii’s health numbers, there are still a couple of areas that have health officials concerned. First, the high incidence of binge drinking on the islands ranks this state at the bottom of the list at number 43 across the country. Because of the many health risks associated with overindulgence, this is a problem that needs to be addressed with residents of the islands.

The other area of concern is the low incidence of quality prenatal care that puts Hawaii at number 42 out of 50 states. Pregnant women need to receive prenatal care as soon as possible to ensure health outcomes to their pregnancies and healthy babies. These concerns are coupled with a rising obesity rate and disparities in health risks between different ethnicities across the state. Asians tend to have better statistics than Caucasians in the prevalence of obesity, diabetes and mortality.

Staying Safe in the Maui Sun