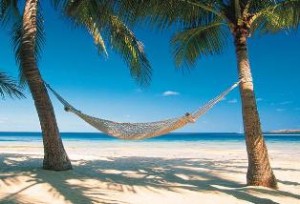 Although retirement is often glorified in Hollywood, the reality of retirement can be frightening: no set income, no health insurance provided through your company, and a significant drop in income. One of the biggest reasons that people refuse to retire is the lack of health insurance. If one decides to retire before the age that Medicare takes effect, they are left with no insurance coverage; not having health insurance in today’s society is a dangerous and costly mistake. Because of this, many people simply cannot afford to retire until their Medicare benefits kick in.

However, some businesses are trying to make retirement something to look forward to by joining The Affordable Care Act’s Early Retiree Reinsurance Program. By joining this company, some Hawaiian businesses have ensured that their employees are taken care of medically when they retire. By providing five billion dollars in assets nationwide, the Early Retiree Reinsurance Program allows early retirees to find peace with their decision to retire because their employer will be able to help them with the cost of health insurance until their Medicare insurance takes effect. This is a big relief for both business owners and early retirees

Hawaiian Electric Company and KMH LLP have recently been accepted into The Affordable Care Act’s Early Retiree Reinsurance Program. In addition to these two companies, Bank of Hawaii, Hawaii Medical Service Association, PAMCAH-UA Local 675 Health and Welfare Fund, and The Queen’s Healthy Systems were all also approved for the program.

What is The Affordable Care Act?

Although most people are unaware of this act, The Affordable Care Act was passed by Congress in March of 2010 and its goal is to ensure that health care costs are lowered, enhancing the general quality of health care for people everywhere.

By reducing the cost of health care, The Affordable Care Act helps families and small business owners afford health care and ensure that everyone has health care. Through this Act, insurance companies are held more accountable for keeping prices down and allowing everyone the right to health insurance.

OK, How Does Retirement Factor into this?

The Early Retiree Reinsurance Program provides five billion dollars nationwide to employers in order to help them give insurance to early retirees who are not eligible for Medicare insurance. Because of the rising costs of insurance, most companies were not able to provide insurance to its employees who retired early. As anyone who has researched insurance premiums knows, paying for insurance without the help of an employer is nearly impossible – the monthly cost of some insurance plans can be upwards of five hundred dollars for one month.

Through the Early Retiree Reinsurance Program, employers are able to gain financial relief and provide insurance to their employees who retired early. The program ensures a reimbursement of up to eighty percent of the costs of health benefits that range from fifteen thousand dollars to ninety thousand dollars.

By 2014, this program will end because of health insurance exchanges which will be created specifically for early retirees.