LAHAINA – Connecticut and Kentucky, a pair of programs with rich basketball traditions, advanced into the semifinals of the 2010 EA Sports Maui Invitational with victories during Monday’s early session at the Lahaina Civic Center.

Connecticut guard Kemba Walker put on a dazzling performance down the stretch, leading the Huskies to an 83-79 victory over Wichita State in a battle between teams on the fringes of the latest Associated Press rankings.

Walker, a 6-foot guard with a lighting-quick first step, scored 29 of his 31 points in the second half. ,Kemba made 14 of 15 free throws and hit a pull-up jumper with 41 seconds left to put the Huskies up by three, securing the win.

Connecticut had a huge free throw advantage, making 32 of 44 while the Shockers shot just 13. The Huskies next face No. 2 Michigan State or host Chaminade in Tuesday’s 2 p.m. semifinal.

“We’re fortunate to win, we know that,” said U-Conn coach Jim Calhoun. “But we also work to win. You don’t stay in a game like that when your offense is going poorly and the other team is draining threes on you, and not have some stuff about you.”

No. 8 Kentucky rode a 29-point, 13-rebound performance by freshman forward Terry Jones to post a 76-64 win over Oklahoma.

Jones, made 12 of 17 shots to offset a 23-point outing by Oklahoma;s Cade Davis.

Kentucky will meet No. 13 Washington or Virginia in the 4:30 p.m. semifinal. 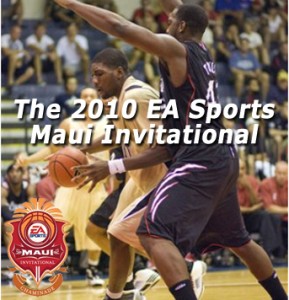 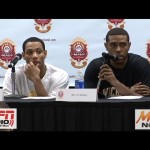 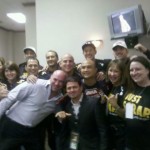