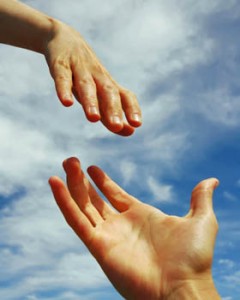 During the recession, the concept of who constitutes as “poor” or “needy” has drastically changed. People who were generally well situated financially, with college degrees in their back pockets are never the image that one sees associated with the words needy and poor, but that is exactly who has been eliciting help from services that offer it to the needy and poor members of their communities.

Jan Harada, CEO of Helping Hands Hawaii has noted that what most people conceptualize as “needy” has drastically changed since the recession began a year ago. In fact, society as a whole just has no idea how close we all are to being the “needy” or the “poor.”

Harada notes that “people have a certain image of people in need – they have low incomes or they’re homeless. But we’re also seeing families like you and me, your neighbor – people who never thought they would have to access our services back in 2008.”

This year, to help offset some of the burden that has come alone with this recession, the Good Neighbor Fund holiday drive will be held, sponsored in a collaborative nature by The Star-Advertiser and Helping Hands Hawaii. For its part, The Star-Advertiser will write stories that will inspire Christmas cheer in the people involved in its Adopt-A-family program. The Adopt-A-Family program is a program that helps people who have been hit by some misfortune. These types of people, notes Harada, have “been unemployed for weeks or months, or maybe their family has been hit with sky-high medical bills and they’ve fallen behind in their rent.”

Many local businesses have contributed to this good neighbor fund and it shows that the community in this area is willing to stand behind each other and act as a generous support system. The Konda Seaside Hotel, The Hilo Seaside Hotel, and the Maui Seaside Hotel have all pledged donations of five hundred dollars. Cheong and Yuriko Lum have pledged two-hundred and fifty dollars, and a memorial of two hundred dollars was pledged in honor of Sakae Takahashi. Pledging one hundred dollars were the following: Ina M. Lee, Mr. and Mrs. Calvin K. H. Loo, Jolene and Samuel Nakamatsu, Harold and Sophie Nakamura, and a memoriam for Dr. Roy E. Hubbard, DVM. Pledging up to fifty dollars were Gail Matsuo, Helen F. Popvich, Patricia and Pearl Chang, Lorna L. Luis, and Becky Sugawa. All of these thoughtful donations have generated two thousand six hundred and twenty-five dollars.

Ultimately, every bit counts – there really is no donation too small. The requests for aid have risen because of the state of the economy and Harada notes that with this increase in requests for help has come a decrease in donations.

Says Harada, “There has been a decrease in their ability to help. It doesn’t mean they are numb. I always find it amazing and humbling to see how people who make a little, who don’t have much – if they have a little extra twenty dollars, fifty dollars, they want to give it.”