Exploring the Locally Grown and Prepared Foods in Maui 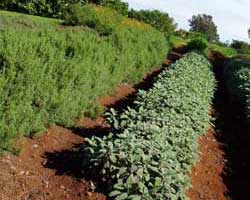 Because Hawaii boasts pleasant, temperate weather throughout the year, it is no secret that Hawaii produces some of the best foods. From beaches and tropical rain forests to alpine forests and grasslands, Hawaii features the highest number of micro climates in the world for an area its size.

In addition, Maui alone has more than 800 farms, which grow everything from potatoes to pineapples. In fact, more than half of the land in Maui is devoted to agriculture. Because of the Hawaii Island’s outstanding biodiversity and tropical weather, the locally grown foods here are marvel-worthy:

The Maui onion is like no other onion in the world, as it only grows on the slopes of Maui’s Haleakala volcano, and is sweet enough to eat raw. This local delicacy draws thousands of visitors each year to its annual Maui Onion Festival at Whalers Village to get a taste of this sweet onion and learn of some of the recipes that are made with it.

Just some of the fruits grown on the island of Maui include: papayas, strawberries, star apples, bananas, pineapples and tomatoes. The fruits that result from Maui’s picturesque climate are simply delectable!

There are many vegetables grown on Maui and the nearby islands of Molokai and Lanai. It is quite common to see locally grown lettuce, garlic, herbs and sweet potatoes in Maui. In fact, the Molokai purpose sweet potato, which is grown on Molokai, is a colorful potato that is used in a number of local recipes.

Due to the diminishing populations of fish around the Hawaiian Islands, the aquaculture business is quickly growing here. In fact, Maui and the surrounding islands are now home to more than 100 aquafarms.

Although you may not think of beef when you think of Maui, the truth is that there are about 140 working cattle ranches in Maui and Maui is thought to have some of the best tasting beef in the world. The beef industry in Maui is overseen by the Maui Cattlemen Association, which works to produce forage-fed cattle that are free of hormones and antibiotics.

Residents and visitors of Maui are encouraged to explore the many locally grown and produced foods here as to support the local economy and reduce their carbon footprints. From purchasing food at the local farmer’s market to eating out at one of the restaurants, there are many ways to support Maui’s locally grown and produced food industry and to keep Maui’s economy strong and support local producers. In fact, there is even a “Grown on Maui” label available on products sold in local supermarkets, thereby enabling consumers to support the local food industries of Maui.

Traditional Maui Foods to get to Know