November Home sales are down, while prices are up from the month before on Maui.  The Maui Realtors Association released the latest monthly report yesterday saying sales continue at a slower pace with the Homebuyer Tax Credit ending a few months ago.

The greatest number of home sales for November occurred in Central Maui where 18 homes sold for a median of $406,500.  There were eight homes each sold in Kihei and Makawa/Olinda/Haliimaile at a median of $405,000 and $355,250, respectively.

The Realtors Association of Maui notes that residential and condo inventories have declined somewhat and include many short sales and REO, bank owned, properties.  According to the agency, interest rates, meantime, remain near historic record lows, which could motivate would-be buyers to purchase, if they can qualify.

*** If you enjoyed this post, you may also like our story on Maui’s Visitor Industry experiencing Double-Digit Increases in October.

Several with Maui Ties Among List of 44 Pardoned by Lingle 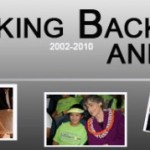