A 10 count superseding indictment was handed down today against two more defendants accused of co-conspiracy in a human trafficking case in Hawaii. Joseph Knoller and Bruce Schwarts, both of Los Angeles, face indictments from a federal grand jury in Honolulu. They are accused of co-conspiracy in a scheme to hold 400 Thai nationals in service as agricultural workers in Hawaii and other locales.

Both appeared voluntarily at the FBI office in L.A. today. Knoller and Schwartz are charged along with six co-defendants (Mordecai Orian, Pranee Tubchumpol, Shane Germann, Sam Wongsesanit, Ratawan Chunharutai, and Podjanee Sinchai) who were charged in an earlier indictment returned on Sept. 1, 2010.

According to the initial indictment, the six co-defendants allegedly confined a group of workers at a Maui Pineapple Farm and demanded thousands of dollars in additional fees for them to keep their jobs.

According to the U.S. Department of Justice, each of the co-defendants are allegedly associated with California-based labor recruiter Global Horizons Manpower Inc.

According to the subsequent indictment, the alleged scheme took place from 2001 to 2007. The indictment further alleges that false promises were made to induce the workers, and that threats and intimidation were used to hold the workers in the service for low wages.

If convicted, Schwartz faces a maximum 10 year sentence; and Knoller a maximum of five years. The other defendants in the case face maximum sentences ranging in severity from 135 years to 5 years if convicted.

The charges in the 10-count superseding indictment are merely accusations, and the defendants are presumed innocent unless and until proven guilty. 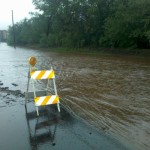 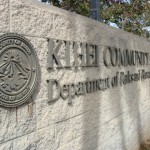