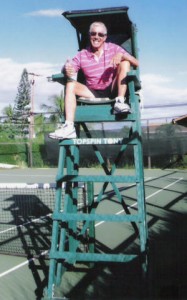 Sometimes called the “sweethearts” tournaments, the Van Steen Doubles Tournament normally falls on the weekend before Valentine’s and includes a mixed doubles event that has become very popular for Maui tennis players. Players showed up from all over the island, Oahu and the mainland.

Tony Van Steen, 86, died in December 2005, and his wife, Harriet van Steen followed recently when she passed last December 2010. The couple was well-loved in the Maui tennis community, and known to host weekly Sunday round robins at their tennis courts in Maui Meadows for several decades.

The Van Steens were married 38 years, and moved to Maui in 1979, leaving their club in San Diego to build a tennis court in their backyard here on Maui. He taught tennis on that court every day until he died of cancer in 2005. 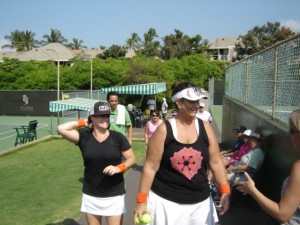 Several pros on the island today, can thank Tony for giving them their start, and they do this with a high respect encountered rarely.

One of the instructors that got a start under Van Steen’s direction was Barb Wallace. She fondly remembers, “What is so special about Tony, and Tony and Harriet as a couple, is that he took the time to get involved in his students lives, and share his life with people. He would play the piano for you; put food/coffee out for the Sunday round robins at his house, take total strangers into their home, and get to know them. There was heart. It wasn’t just tennis. It was beyond tennis. Very few coaches follow their students to matches and watch them play the whole thing. And Tony always did that!” 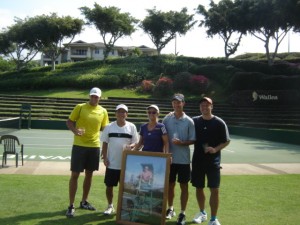 Barb Wallace now runs South Side Tennis, and is carrying on his legacy of giving and love for the game by providing very affordable youth and adult tennis lessons thru a partnership with Maui County Parks & Recreation Department. “I never throw a kid of the court who doesn’t have money.” 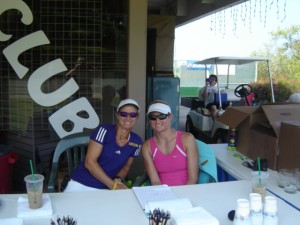