Make fun all you want about Hawaii playing in something called the CollegeInsider.com Tournament. But it sure beats the alternative: watching others playing post-season basketball.

In addition to the NCAA and NIT tournaments, two other post-season events have evolved in recent years. The CIT is one of them; the College Basketball Invitational is the other.

The Rainbows earned a spot in the 22-team field by going 18-12, a marked improvement over last year’s 10 victories. The event gives coach Gib Arnold more time to work with a young team that loses only one senior starter, Bill Amis.

Hawaii paid $50,000 to host Tuesday’s first-round game against Portland. UH will pay another $50 grand to host a second-rounder on Friday if it wins the opener.

Tickets are being sold at discounted prices in hopes of attracting a good crowd to The Stanley for Hawaii’s first post-season game in six years.

The Bows averaged a shade under 4,000 fans per home game. It would have to draw a somewhat larger crowd to break even on its investment.

No word until Monday on whether UH will allow the game to be televised. How ticket sales are going will determine that decision.

The Pilots are 20-10 overall and were 7-7 in the West Coast Conference.

BIG DANCE: Let the Madness begin! The brackets were announced Sunday and received the customary grumbling about some of the schools who were left out of the expanded 68-team field.

Among the teams who got in, some strongly questioned the selections of Alabama-Birmingham and Virginia Commonwealth.

Among those who received serious snubs were Colorado, Virginia Tech, St. Mary’s and Alabama, to name a few.

There was little debate about the four No. 1 seeds – Ohio State in the East, Kansas in the Southwest, Pittsburgh in the Southeast and defending champion Duke in the West.

The No. 2 seeds went to Notre Dame, North Carolina, Florida and San Diego State of the mid-major Mountain West,

The tournament will have a distinct Big East flavor as that conference set a record by landing 11 invitations to the Big Dance.

America’s most-popular office pooll tips off Tuesday with the first of four first-round games — the “First Four,” as it’s being called by the NCAA. Two of those games will pit the last of 37 at-large teams to make it into the field, an increase of three teams over years past.

The tournament concludes with the Final Four in Houston on April 2 and 4. 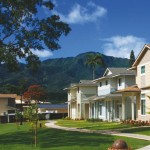