It was a mixed bag on the diamonds for University of Hawaii teams over the weekend.

While the Rainbow Wahine were opening their Western Athletic Conference softball campaign with a three-game sweep of Utah State, the UH baseball team was getting swept at home by Cal State Fullerton, although the Titans were depleted by suspensions.

Despite a wide disparity in their respective records, Utah State turned out to be a lot more stubborn than expected versus a Hawaii team that reached the Women’s College World Series last season.

In fact, it took a two-run double in the bottom of the sixth inning to lift UH to a 2-0 win over the Aggies. Stephanie Ricketts then finished off the game with a three-hitter, enabling Hawaii to improve its season record to 25-9 while Utah State plunged to 5-26.

In the opener of yesterday’s twinbill, Jessica Iwata and Sharla Kliebenstein homered and pitcher Kaia Parnaby struck out 10 while allowing just three hits in an 8-0 win.

Next for Hawaii is a three-game series at Fresno State, regarded as the Wahine’s top challenger in the WAC.

BASEBALL: Fullerton State was missing eight players, including four starters, suspended for the series because they violated team rules. But the 13th-ranked Titans didn’t skip a beat versus UH thanks to a deep and talented pitching staff.

On Friday, pre-season All-American Noe Ramirez delivered in a big way. The right-hander allowed just two hits over eight innings, in a 3-0 win before 3,143 fans at Les Murakami Stadium.

UH starter Matt Sisto allowed one earned run in seven innings on five hits with three walks and four strikeouts. All three of Fullerton’s runs were scored by runners who reached base on either a walk or an error.

On Saturday, Fullerton took both ends of a double-header with identical 4-2 victories.

And on Sunday, the Titans completed the series sweep with a 3-2 victory. Although UH pitchers allowed just 14 runs and 26 hits in the four games, the Rainbows dropped to 11-13 for the season. Fullerton, meantime, allowed just six runs over those four games and improved to 16-8.

Hawaii will seek to snap a four-game losing streak on Wednesday, when 24th-ranked Wichita State roll into town for a four-game series. The Shockers are 17-8 and are coming off a four-game split against the Oregon Ducks.

Playing a key role for BYU was a big kid from Kauai, Futi Tavana, who opted to turn down a chance to play at home. Tavana slammed a kill to tie it at 13 in the ifth set. He then was in on a triple block of UH’s Jonas Umlauft to set up aloha ball. After the Cougars made digs of two UH blasts, Tavana received a quick set to the middle. He buried the shot into the left corner to seal BYU’s victory.

BYU was tied with UH for third in the MPSF going into the series. But the Cougars swept the opener and then closed out with a five-game thriller, leaving them alone in third with records of 15-7 overall and 12-6 in the MPSF. Hawaii at 12-11 and 10-8 dropped to sixth. Eight teams qualify for the MPSF postseason tournament, with the top four hosting first-round matches. 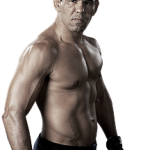