National slam legend and Oahu resident Kealoha will be on the UHMC campus this Thursday, March 31st at 4pm in the Pilina building to present a free slam poetry performance. 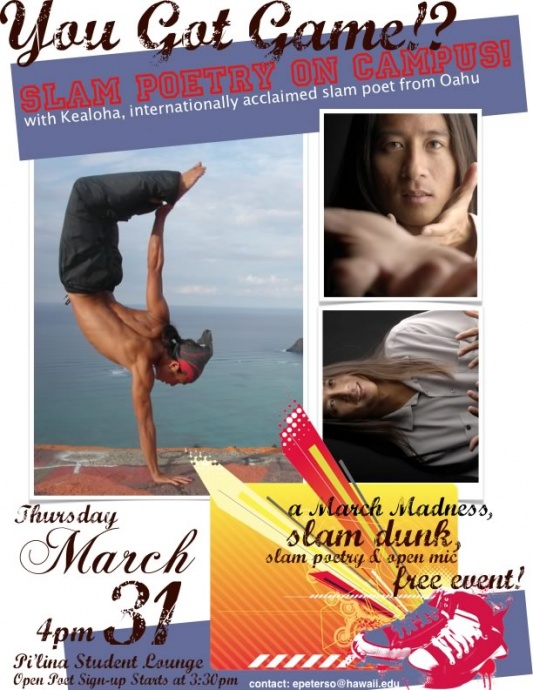 Kealoha is an internationally acclaimed poet and storyteller.  He is the first poet in Hawaii’s history to perform at a governor’s inauguration, and in 2010 he was selected as a master artist for a National Endowment for the Arts program.  In the 7 years that he has represented Hawaii at the National Poetry Slam, he has performed on the finals stage 4 times, was ranked in the top ten of the nations best poets in 2007, and was honored as a “National Slam Legend” in 2010.  He is the founder of HawaiiSlam, two time international champions Youth Speaks Hawaii, and First Thursdays, which is the largest registered slam poetry competition in the world with an average attendance of over 600 people.

For more details contact Ellen Peterson at [email protected]. This event is free and open to everyone. It is sponsored by the UHMC Library and Maui Slam, Inc.

The Social Scene covers island buzz⎯from people and parties to the chitter chatter of what people are talking about on Facebook and Twitter. Send your Social Scene tips to [email protected]

Lower Gas Prices in Maui from 76 Hawaii and Native 92.5 FM 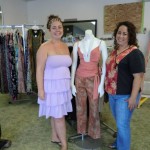