According to recently released 2010 Census figures, Maui had a total population of 144,444 and 52 percent of the population belongs to the White race group and 46 percent to the Asian race group.

Last week, the state’s Department of Business, Economic Development and Tourism’s Economic Analysis Division released new data on Hawaii’s racial make-up from the 2010 Census. On Maui, the White race group had the largest number of people with a count of 74,329 and they comprised 52% of the population; meaning that about 1 in every 2 persons was at least partially White on Maui. The Asian group 4 was the next largest with 66,925 people or 46% of the island’s population.

The Island of Molokai had a total population of 7,345. The largest race group on Molokai was the Native Hawaiian and Other Pacific Islanders with 4,642 people and they comprised 63% of the island’s population.

Numbers released by DBEDT this week contain data on the five major race groups, and information from the 2010 Census on detailed race groups such as Filipinos and Native Hawaiians is expected to be released in the summer of 2011.

Data numbers in this release, specifically refer to the “race alone or in combination”, and includes all people that belong to a certain race group, whether the person reported that they were only of that single race or whether they reported that they were that race in combination with one or more of the other major race groups. Therefore, individual may be counted in more than one race category. 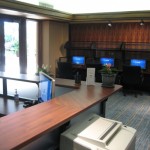