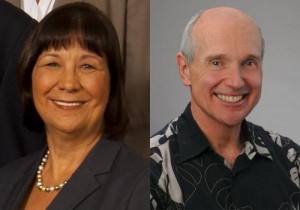 Dean, former Executive Chairman of the Board, continues to serve as a director of both the CPF and CPB boards.  The Company stated that the separation of the board chair and CEO positions is consistent with its corporate governance policy.

According to the statement released by Central Pacific, Rose, a partner in the law firm of Bays Lung Rose and Holma, specializes in the areas of commercial real estate transactions, construction law, and trusts and estates.  She has been a director of CPF and CPB since 2005 and most recently served as lead director and chair of the Corporate Governance Committee. Rose is also a director of Hawaiian Airlines, and a member of the American Bar Association and Hawaii State Bar Association.  She also serves on the boards of numerous community organizations in Hawaii.

Dean joined CPF and CPB in March, 2010, and has directed the successful recapitalization of the Company by securing $325 million in new capital through a private placement transaction that closed on February 18, 2011.  The Company is currently completing its recapitalization plan with a $20 million rights offering scheduled to conclude on May 6, 2011.  Reportedly, Dean is also credited for the turnaround of three banks prior to joining CPF, including Silicon Valley Bank, where he served as its CEO from 1993 to 2001 and Chairman from 2001 to 2003.