For a time on Thursday night, it appeared as if two Baldwin teams were on the verge of losing their unbeaten MIL status at the hands of King Kekaulike. 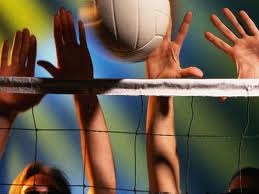 Meantime, down at Maehara Stadium, Baldwin’s baseball team was trailing Kekaulike by a run going into the bottom of the seventh inning and Na Alii needing just three outs to deal the Bears their first league setback.

But Baldwin rallied for a pair of runs tto register a 4-3 walk-off victory. Brandon Kaupe’s second triple of the night drove in the tying run and he then scored when freshman Isaiah Maddela’s flyball to right field was dropped with the bases loaded and no outs.

The win improved Baldwin’s record to 13-0 against league competition. The Bears, who are ranked third in the Star-Advertiser’s state-wide poll, will face the winner of today’s 3:30 game between Kamehameha and Maui High on Saturday for the MIL tournament title.

Tonight’s D-I semifinal will be followed by a 6 o’clock showdown between Molokai and Seabury for the Division-II tournament title. In yesterday’s semis, Molookai beat Lanai 16-1 in five innings and Seabury defeated St. Anthony 11-4.

Both baseball games will be aired on Maui’s ESPN 550.